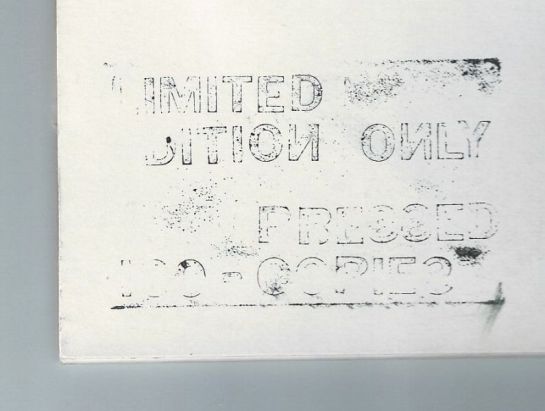 “I used to go to record fairs all the time in the late seventies and eighties and pretty much bought all releases of this ilk from Stardust from the Seventies to Modern Feeling. I knew most of the dealers, in the South East back then, one of whom was particularly good at helping me out source titles. He had a stall, at a London fair, when a Scandinavian came in and wanted a heavy trade for two copies of Neon Permafrost….four double LP’s for the pair i.e 2 for 1. Normally it was 1.5 to 1 for Swedish titles such as caught in the act, one magical moment, etc. Fortunately he did the deal and I got one of those two copies. It could have been that in subsequent weeks there was a deluge of them and I would of felt I overpaid. However, I never got a sniff of another copy, even a Swedish dealer I frequently purchased from had not seen one but had merely heard of it.“

The number that’s missing from the copy above:

And here shown with the two single LP re-issues that contained the first part of the show only.