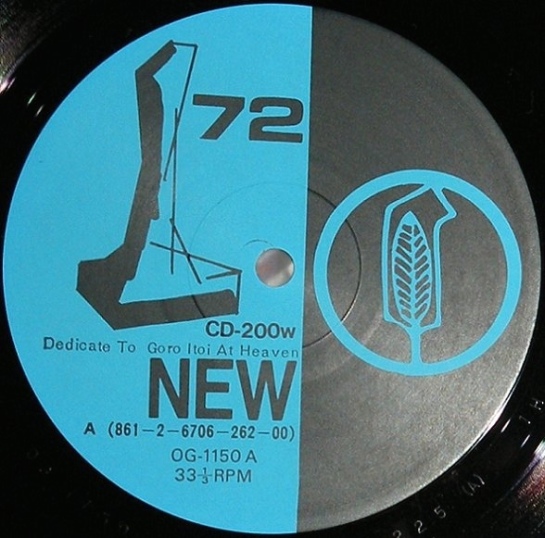 I am not claiming that this was produced by the same people that produced the original OG releases, as this seems to have been made several years after OG decided to call it quits in 1975, this may just be a homage.

LIVE AT BUDOKAN IN ’72
NEW OG 1149-50 A-B
Recording: Very good stereo audience. Comments: Same material as LIVE AT THE BUDOKAN (Remember N5518) but in a different order plus “The Rain Song”. Comes with an article about the concert from a Japanese magazine.

LLX version (Japan – supposedly, every copy had its own unique cover): 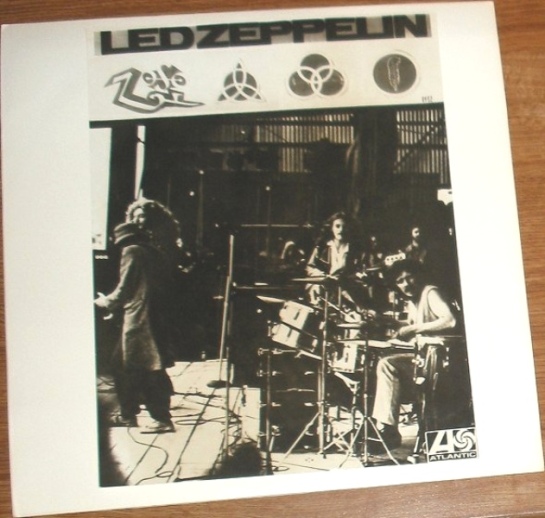 The Final Option (mother of all bootleg 70 LP) box:

And this was our visit of Japan’s first identifiable bootleg label. Hats off to the Japanese pioneers. Next up is Marc Records. 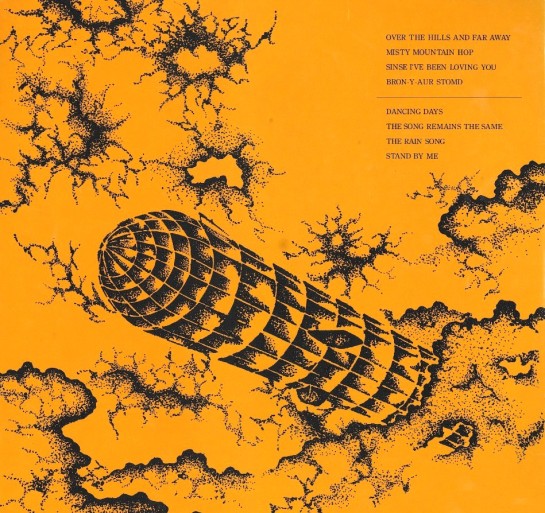 Japan: 1975. Listed as an OG release by the Japanese collector I had quoted under the LZ OG double album and I do agree with this, despite no OG – or any other number – being used on the label or cover.

The majority of this release comes from the second Osaka concert on Monday, the 9th of October 1972

This release was copied by Vicky Vinyl ca. ’76/’77 as MY BRAIN HURTS (with a wrong month in the sub-title):

More information and images can be found here. 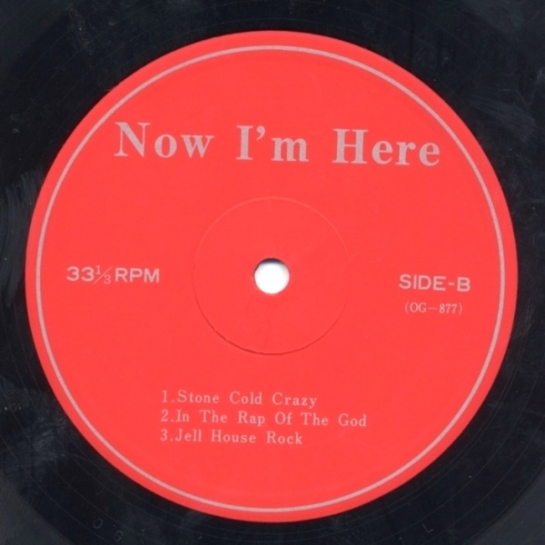 Side 1 has: Procession; Now I’m Here / White Queen / Doing All Right / In The Lap Of The Gods / Killer Queen / The March Of The Black Queen / Bring Back That Leroy Brown

Side 2: Stone Cold Crazy / In The Lap Of The Gods… Revisited / Big Spender / Modern Times Rock ‘n’ Roll / Jailhouse Rock / See What A Fool I’ve Been / God Save The Queen

I assume “Modern Times Rock’n Roll” was omitted due to an oversight on the side 2 label of the reissue but is actually present on the LP.

From queenlive.ca, confirming the micro-quantities pressed by OG: “This was released in 1975 not long after the show. It was the first Queen bootleg released in Japan, and is one of the most valuable Queen bootlegs of them all.

This recording captures a fair chunk of the show, with a few seamless edits between songs. The quality improves on side B, beginning with Stone Cold Crazy.”

Two audio sources for this concert exist and they have been merged by collectors to create the best-sounding recording possible. 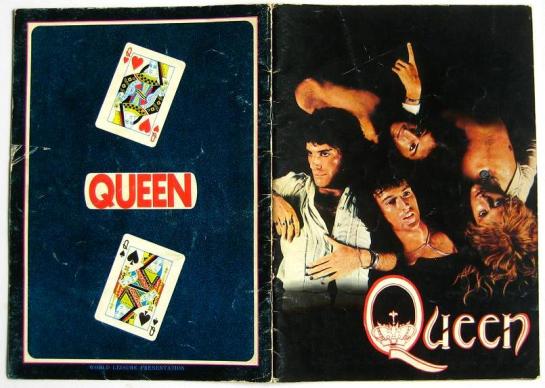 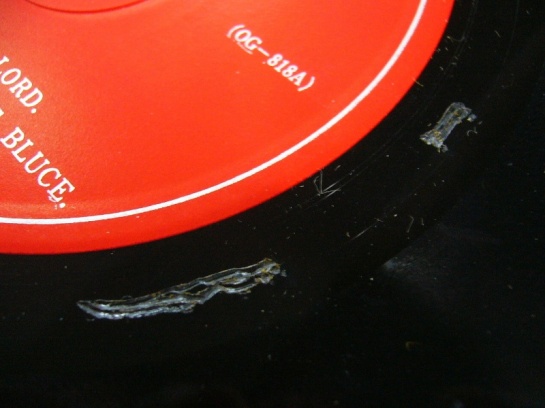 I do wonder if ERIC CLAPTON ON TOUR ’74 OG-824/825 was a re-pressing of this same album, similar to Queen’s A BEAUTIFUL ALBUM / QUEEN NOW I’M HERE.

This is probably the one release OG will be remembered for, the first release of the famous Osaka ’71 second show “soundboard/on stage mic” tape, released in 1974.

“I bought this bootleg directly from manufacture when I was sixteen about 35 years ago. Now, I remember that one and only way to get this first press was mail order only, and then I have memorized 50 sets were pressed.

I have been to the manufacturer’s house located near my house several times.
There were many OG records in his house Eric Clapton, YES, and so on.
Almost all of LIVE IN JAPAN which were released by OG Record remained unsold at that time.
This is why I think there is a possibility that records which has been known as second press were not produced by OG Record.”

I have found the following versions, not sure about which came first. Someone in Japan knows for sure, so feel free to leave a comment 🙂

1. Red label version (I believe this to be the original): 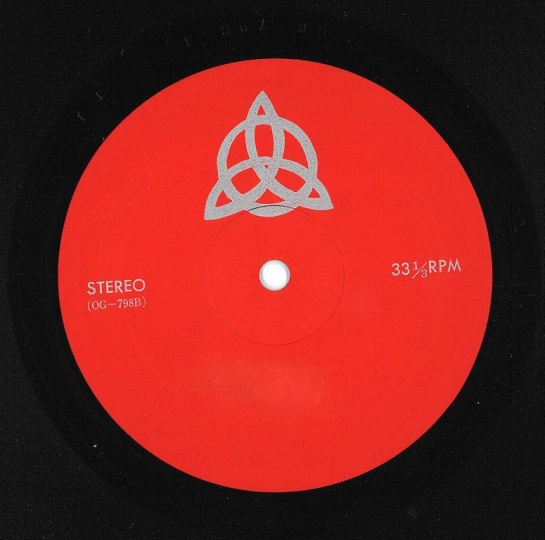 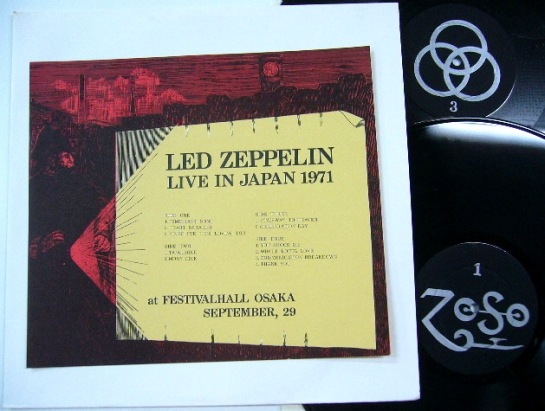 Auction text for this version:

“This is original second and best pressing from ’76, first issue from ’74 are pressed in wrong speed(too slow), 3rd, or later pressing are inferior sounds.
This second issue pressed in correct speed, and best sounding ever! Heavy, dynamic live set and without doubt, their best performance…..
Original insert is still loose. Thick vinyl and beautiful black & sliver deep groove label.
Also this copy come with some special photo copy inserts.” 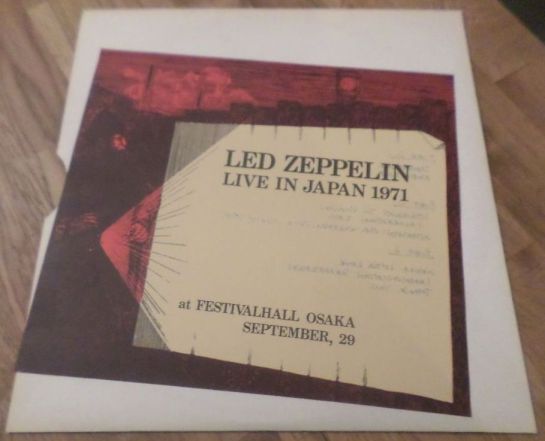 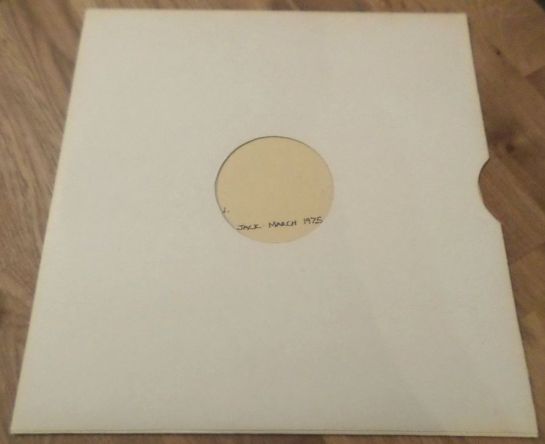 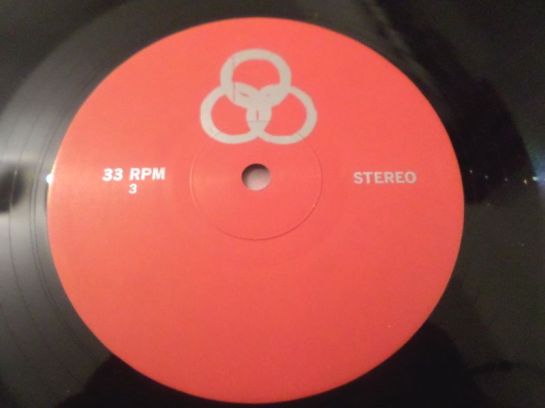 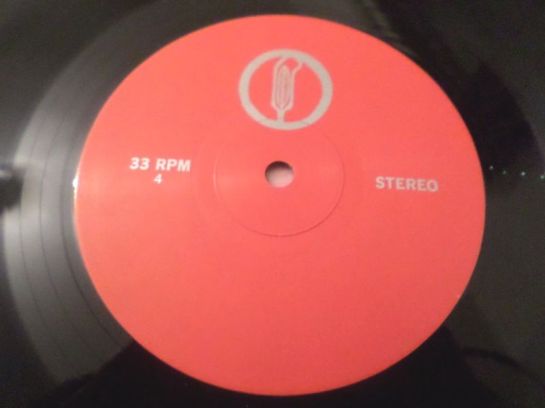 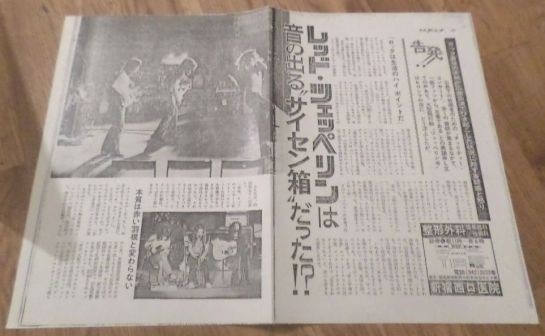 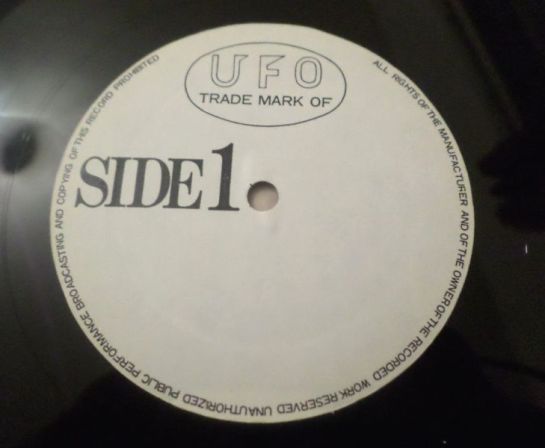 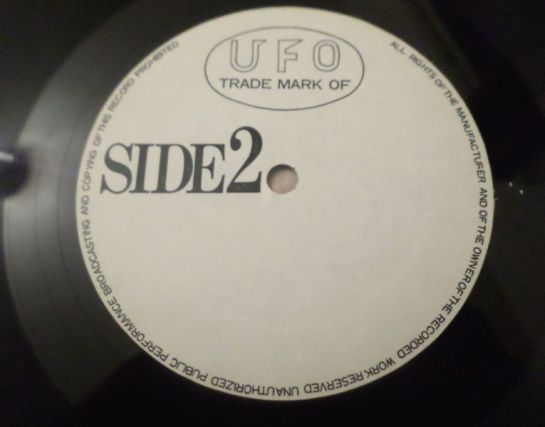 Quality reduced to “Very good mono soundboard“. I would guess that this is the later pressing with inferior sound mentioned in the auction text above. 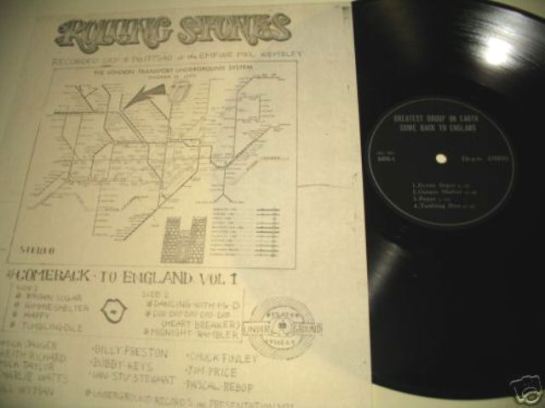 Image from a 2005 auction, in which the final result reached almost $600

Japan: 1974 – the same year Contraband released From the empire pool wembley stadium – LONDON NOVEMBER 1973 although this is not a copy of that album

What throws me a little bit is the information found under this link (looking at the two top entries), where “Dancing with Mr, D”, which is supposed to be on this LP is not listed under the CD version:

Your help is appreciated. 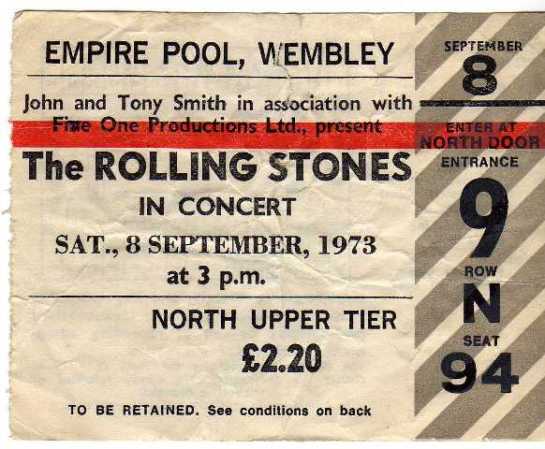 I was not able to find an image or detailed information on this release. All I can find is the European bootleg of the same name on Altintas Records.

Thanks also to the Tatsu-Chin Japanese blog [http://tvreck.blog.fc2.com/blog-entry-40.html], we can add this to the OG label discography. The above cover slick is clearly a copy of the original, lacing it’s metallic three tone print, with the elephant really standing out. The matrix has been confirmed as OG-723. While the European original is not hard to find, this Japanese copy definitely is.

The Dutch original on the maf label dates from 1971; the Japanese copy from 1974. “maf” is a Dutch word and means “stark raving mad” in English. 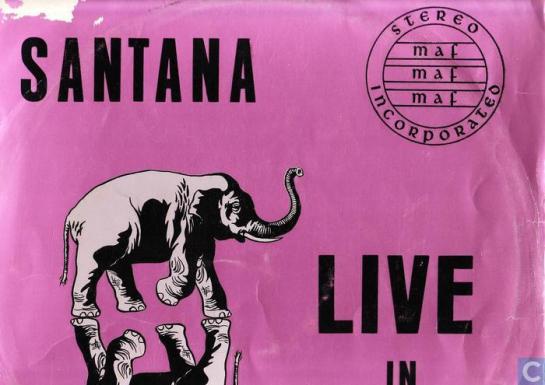 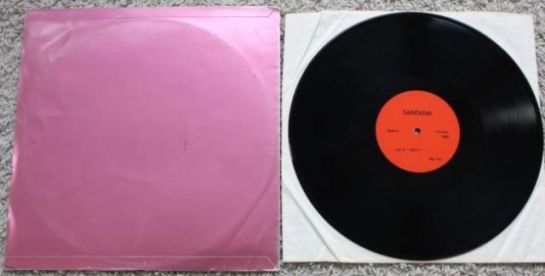 Label states “MADE IN … Formosa”

Santana on their second European Tour and second visit to the Netherlands, following their appearance at the Kralingen Pop Festival, the previous year. Audience recording from 18 April 1971 at the just three months old Ahoy in Rotterdam, 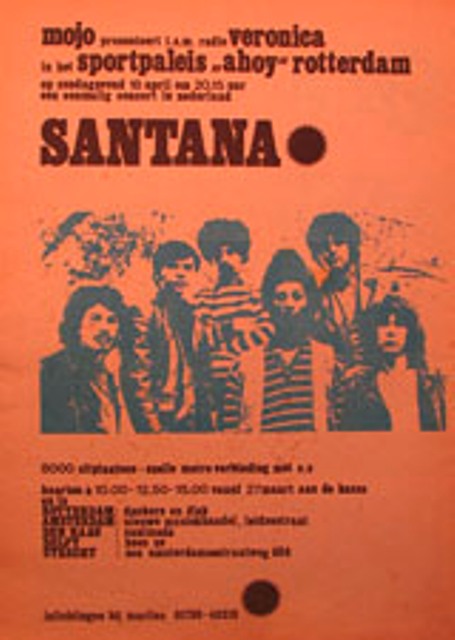 maf’s only other release (apparently), a double LP recorded at the Ahoy as well just two weeks before the Santana show: