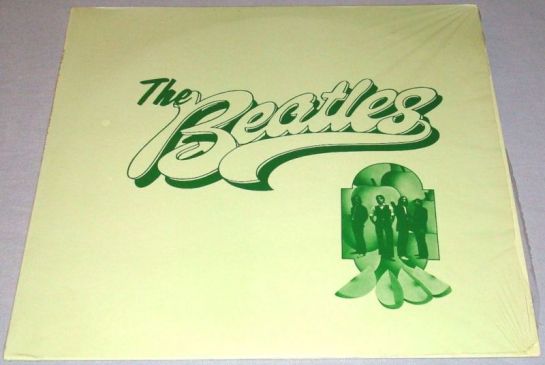 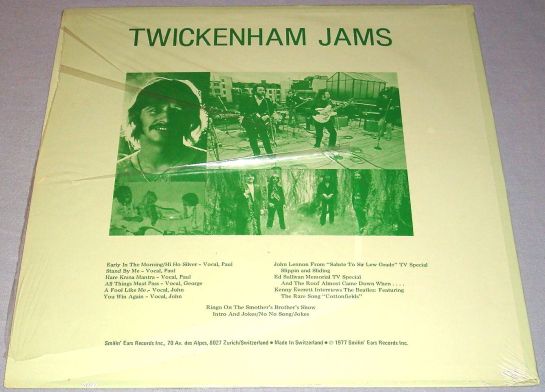 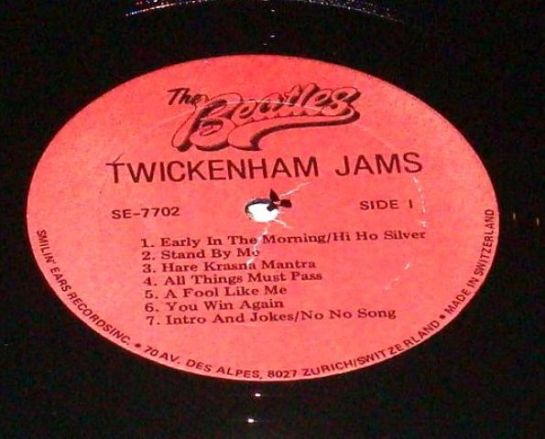 Another LP created by copying another label’s bootleg 7″ releases; in this case the Tobe Milo limited edition EP’s Twickenham Jams [released February 1977] (its 13 minutes filling all of side 1 here):

[excerpts from the Get Back sessions at Twickenham Film Studios, 8 January 1969]

and Get Together [released March 1977]

Side 2 of the Smilin’ Ears LP:

– Slippin’ And Slidin’  [from Saute to Sir Lew – The Master Showman, taped 18 April 1975]
– All My Loving/She Loves You/I Want To Hold Your Hand/Yesterday medley [from the Ed Sullivan Memorial TV Special, called “And The Roof Almost Came Down When…”]
– Kenny Everett interview (Including “Cottonfields”) [rec. 6 June 1968 at Abbey Road, later that year pressed in Italy as the promo 7″ Una Sensazionale Intervista Dei Beatles]
– Nowhere To Go [rec. late November 1969 with Bob Dylan in Woodstock; called “When Everybody Comes To Town” on the early vinyl bootlegs]

The last track was not listed on the cover. On the other hand, the Ringo track from The Smothers Brothers Show that aired on 28 April 1975 (and opens the TELEVISION OUT-TAKES EP) is not found on the Smilin’ Ears.

All in all, an LP with a rather short running time and stingy banding. The best sounding bits were the first three tracks on side 1 and the Kenny Everett interview, everything else was “good mono” i.e. pretty bad, at best.