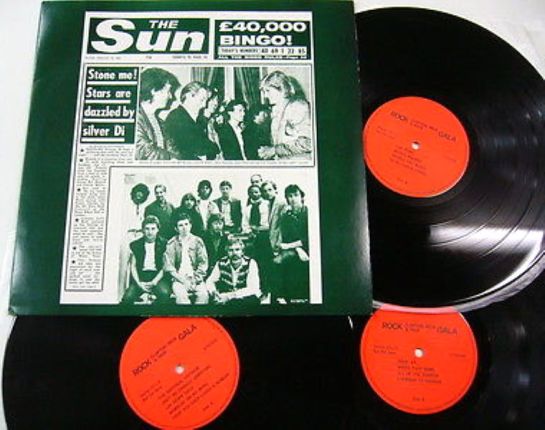 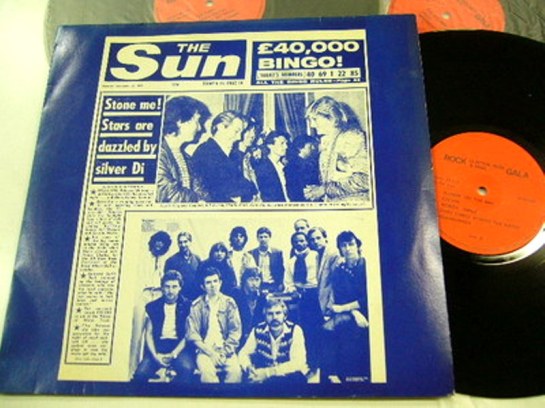 …and blue. I am not sure what the exact title is, as I have no image of the spine writing or back cover (perhaps it is ROCK GALA? HOTWACKS has always listed it as THE SUN but obviously that comes from the newspaper clipping used for the front cover and may not have been Shiro’s intended title).

Source: Soundboard/FM broadcast of the first night at the Royal Albert Hall in London on 20 September 1983. HOTWACKS says this comes from an FM broadcast and maybe that is correct. There was also an official VHS release but this can be ruled out as the source as songs appear on the bootleg that never appeared on the video. 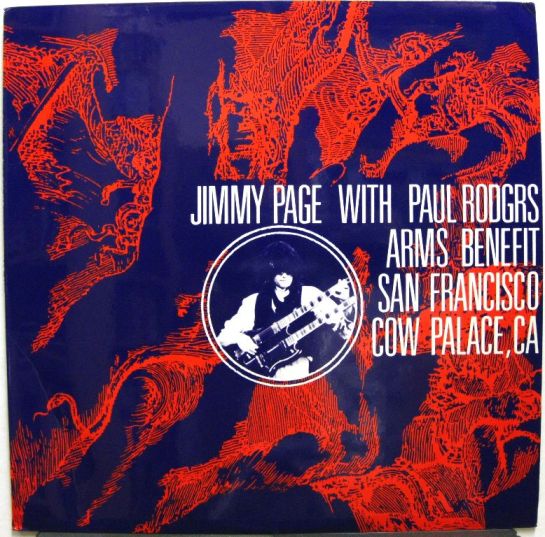 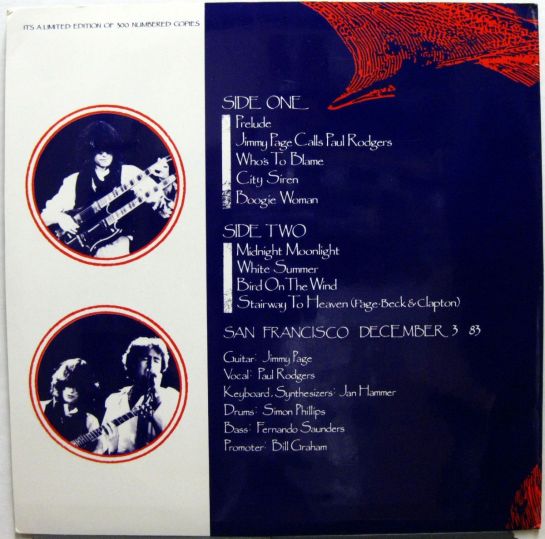 Below, different back cover design with (stickered?) number missing from above: 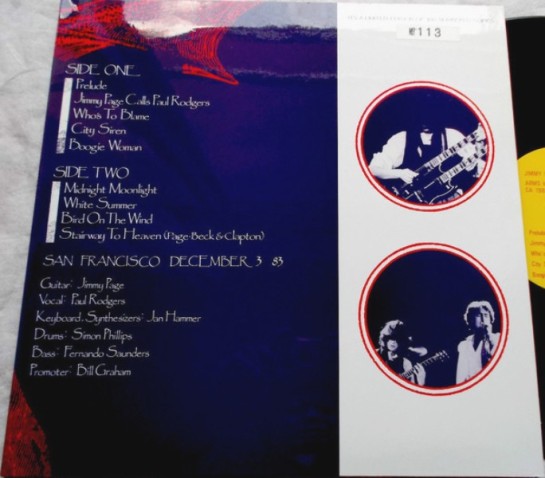 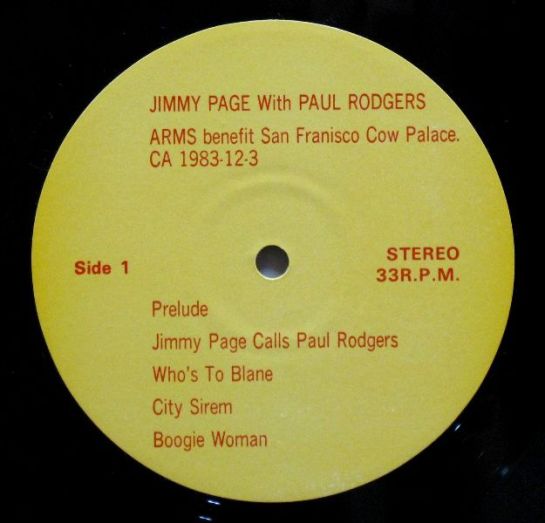 Source: Cow Palace, Daly City, CA (near San Francisco). Cover states this is from the 3rd of December ’83. A pro-shot video exists for the 02 December performance.

“The ARMS charity concert proved so popular with both the audience and the musicians that the decision was taken to perform a further nine concerts in the USA. The US dates included Joe Cocker, who notably sang lead vocals on “With a Little Help from My Friends”, and Clapton, Jeff Beck and Jimmy Page each shared lead guitar duties on the “Stairway to Heaven” instrumental. While Ronnie Lane appeared in New York, he did not appear at all of the US dates. They played in San Francisco at the Cow Palace December 1 through 3, 1983 for three sold out shows. Also, Steve Winwood was unable to do the American shows and Paul Rodgers was now playing in Page’s set. (They later formed The Firm together.)” [source: Wikipedia]

The short US tour started in Dallas on 28 November ’83 for two nights at Reunion Arena, than San Francisco and two nights each at the L.A. Forum and New York’s Madison Square Garden. 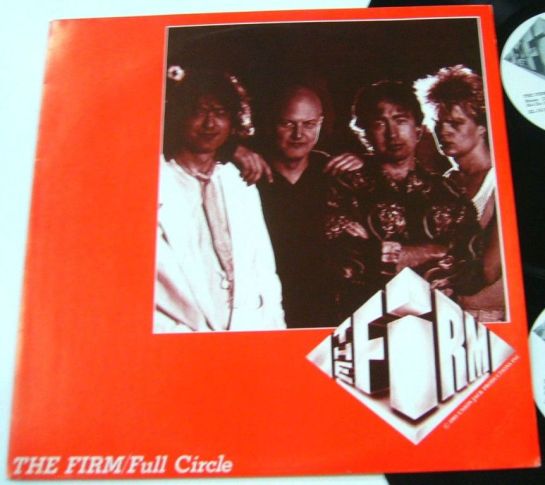 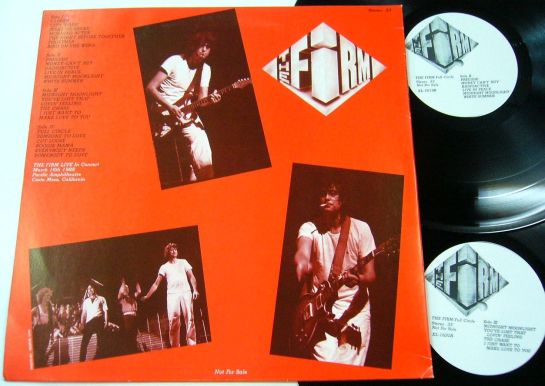 1619 A: Closer / City Sirens / Make Up Or Break / Morning After The Night Before / Together / Cadillac
1619 B: Prelude / Money Can’t Buy / Radioactive / Live In Peace / Midnight Moonlight
1620 A: Midnight Moonlight (cont.) / You’ve Lost That Loving Feeling / The Chase / Just Wanna Make Love To You
1620 B: Full Circle / Someone To Love / Cut Loose (Paul Rodgers track)/ Boogie Mama / Everybody Needs Someone To Love

The Firm – such a promising project that ended up not fully living up to its potential. Jimmy and Paul Rodgers met in 1983 after agreeing to take part in Eric Clapton’s ARMS London and subsequent short US tour. He needed a vocalist for his mini-set and Steve Winwood whom he had used in London was not available for the US dates, so Paul was in. Completing the line up was Manfred Mann’s Earth Band drummer Chris Slade (those not born in the 60’s – or earlier – probably remember him for having been a member of AC/DC) and Tony Franklin.

While first pre-album shows in the UK were a sell out, their debut album had few memorable tracks. A US tour was well received but when they returned to the UK, their appearance at Wembley Arena was “vastly under subscribed”. A second album Mean Business was released in 1986 to lukewarm response, they toured the US again, returned home and that was the end of that project. Jimmy would record his solo album Outrider in ’87 and tour very successfully in ’88 (digging up and dusting off the Led Zeppelin numbers the Firm concert goers had likely hoped to hear years earlier.