[Not an accurate track list, I just tried to piece it together from various sources.] 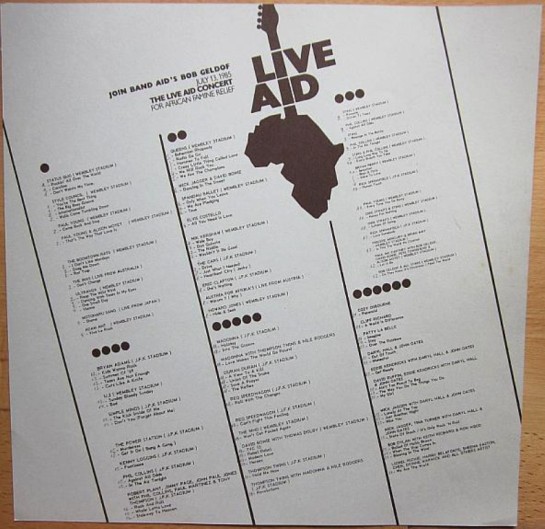 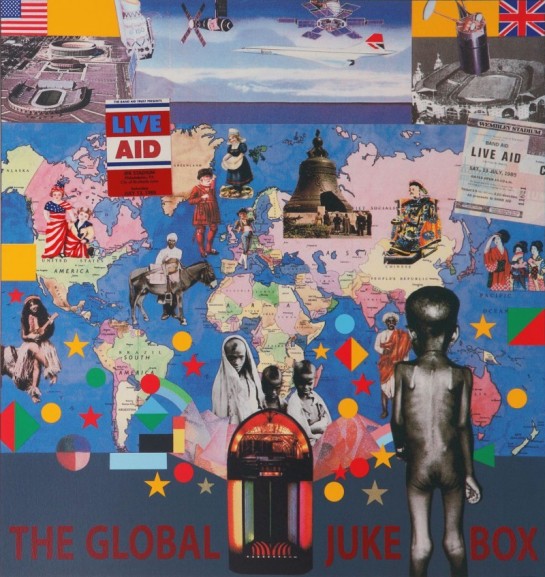 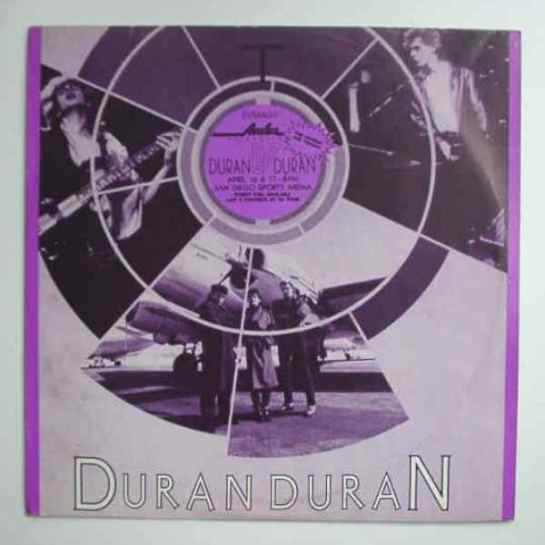 A rarely seen bootleg and that is why I do not have any further images for this as the few others are all smaller than this one. If you have better quality images, please leave a comment. 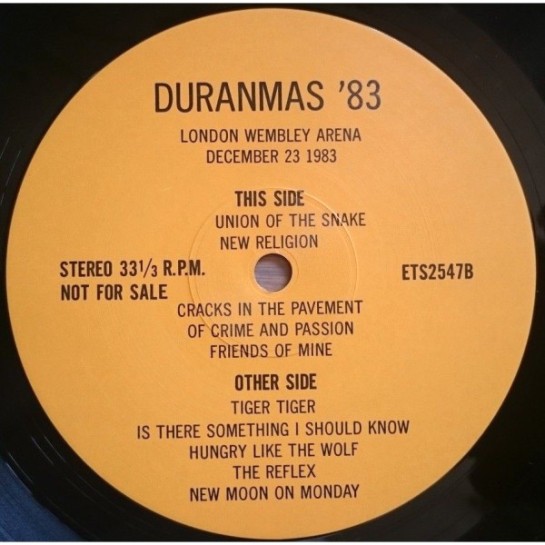 Source: Audience recording from (supposedly) Wembley Arena, London on 23 December 1983, the last of five shows in London (and the last one by the original members at this venue for 20+ years).

Source: “The album is an incomplete [I am not sure what could be missing, as all performed tracks are here] recording of Duran Duran’s performance at the Dominion Theatre, a 2,163 capacity venue located in London’s Tottenham Court Road.

During 1983, Duran Duran spent most of the year as tax exiles, writing songs at a chateau in France during May, before flying to Monstserrat and then Sydney to record and mix their third album. In the summer the band flew back to the UK to perform two concerts, the Prince’s Trust Rock Gala and three days later The MENCAP Concert at Villa Park in Birmingham.

The Prince’s Trust Rock Gala was a historic event attended by Prince Charles and Princess Diana to raise funds for the Prince’s Trust, a charity founded by The Prince of Wales to help young people.

This was the first time Duran Duran played live after The Rio Tour finished, held during a period when the band had their first UK no.1 single with “Is There Something I Should Know?”.

Duran Duran began their performance after “God Save The Queen”, the British national anthem. The band then launched into the first ever live performance of “Is There Something I Should Know?”, a song that entered the charts directly at no.1 which was rare for any single then. Fans screamed when “Hungry Like the Wolf” followed.

During the evening, Duran Duran gave the crowd the chance to hear one of their new songs “Union of the Snake”. The song was unknown, played when the band were actually working on their next album Seven and the Ragged Tiger.

The show finished with “Girls on Film”, featuring band introduction.

01 Intro [Charles & Diana Enter Theater – National Anthem – Host Introduces Band]
02 Is There Something I Should Know?
03 Hungry Like The Wolf
04 Union Of The Snake
05 New Religion
06 Save A Prayer
07 Rio
08 Planet Earth
09 My Own Way
10 Careless Memories
11 Girls On Film

Comments: Interesting night in London… The band had several technical difficulties [you’ll know them when you hear them], and oh yeah, the IRA had a plan to murder Charles and Diana at the show… Yikes. All that being said, t’s a fantastic recording!

Japan 1982? White labels and no manufacturer stated. – The band toured Japan for the first time in late April of the same year.

One of the first Duran Duran bootlegs and probably the most interesting of the early ones, as it apparently contains the earliest complete live recording of their career and features a couple of rarely captured live versions.

Source: As correctly listed on the cover, audience recording from the Hammersmith Odeon in London on 9 July, 1981 on their Faster Than Light tour.

Side 1: Tel Aviv (intro) / I Got My Own Way / Girls On Film / Late Bar / To The Shore
Side 2: Faster Than Light / Khanada / Night Boat / Planet Earth
Side 3: Is Anyone Out There / Angel / Friends Of Mine / Sound Of Thunder / Careless Memories
Side 4: Tell Me It’s Just  A Rumor Baby (listed as “Just Got A Groove On”)* / Planet Earth (Night Version) / Girls On Film (Night Version)

*originally by the Isley Brothers 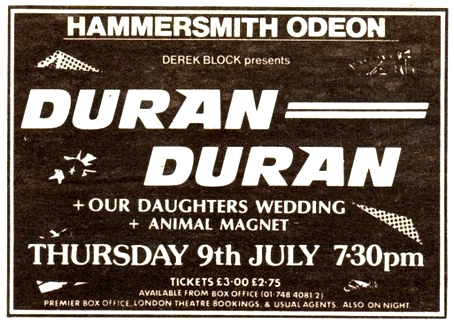