Let’s get on with the show, shall we? 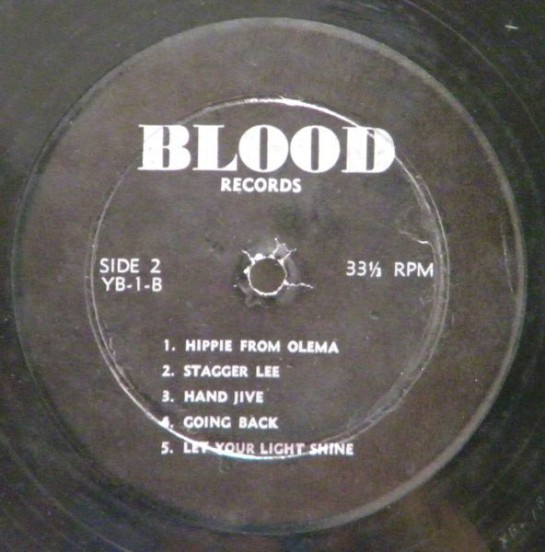 I have only found this with a red insert.

By its appearance and release number, which now forms a trinity with LS-1 THE BAND – LIVE BAND and LB-1 THE BEATLES – LET IT BE LIVE , this appears to be an earlier release I missed before. It would be good to know precisely when this was recorded but my search has come up empty (if you know more, please leave a comment). However, “Hippie From Oleima (#5)” was only officially released on their 1971 album GOOD AND DUSTY.

In terms of value, this album is all over the map, I’ve seen it sell for just $1.50 and for $40 (and offered at $50 for a sealed copy). The Youngbloods, best known for their sleeper hit “Get Together” never really hit it big and were only bootlegged one more time on vinyl by the Italian Flying Horses label, ca. 1979 – YOUNGBLOODS LIVE AT AVALON BALLROOM.

It appears that this might have already been the second time and title that WCF had released this album under:

The stenciled cover does reminds you of the Band’s WCF release:

20,000 MILES FROM HOME LP (same as above album with a different sleeve).

The recording was reissued one more time several years later, likely around 1979 – 82 on Crazy Jon Records 52471: 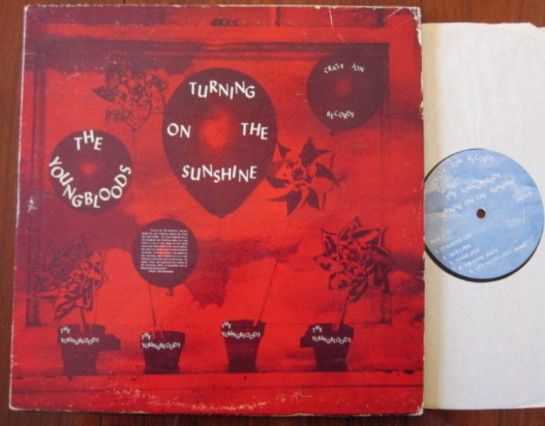 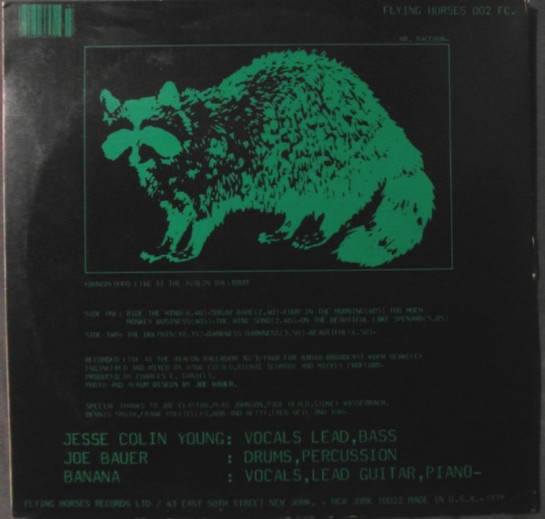 Side 1: Ride the Wind / Sugar Babe / Four in the Morning / Too Much Monkey Business / Wine / On Beautiful Lake Spenard
Side 2: The Dolphin / Darkness Darkness / Beautiful