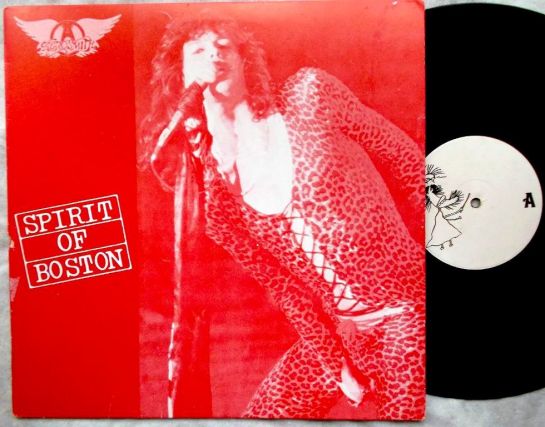 Matrix: VM 2637 A / B (handwritten) – the only bootleg in the cartoon label series to mention “Vinyl Man Records” on the cover.

Source: Aerosmith’s final show of their Japan and their Rocks Tour plus two tracks from their 31 January Budokan appearance (^).

Quality rating: “Vgs”, according to HOTWACKS

Collector quotes:”The sound quality is good throughout the recording, with a limited number of drop-outs. “

“Sound quality in stereo audience recording is clear, but unfortunately the vocals are a little distant. “

I wonder if this picture label edition is authentic or home-made?

Above: These are just the Tokyo dates, there were five more concerts in other cities – Mr. Peach attended – and taped – three of them.

Below: Tour program and ticket. 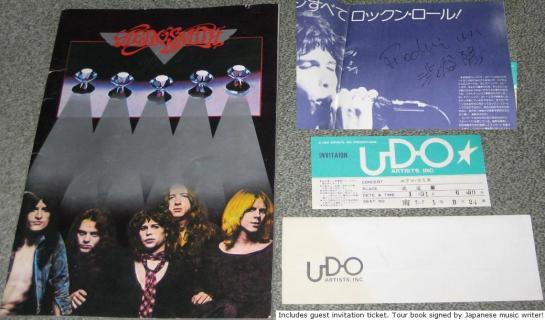 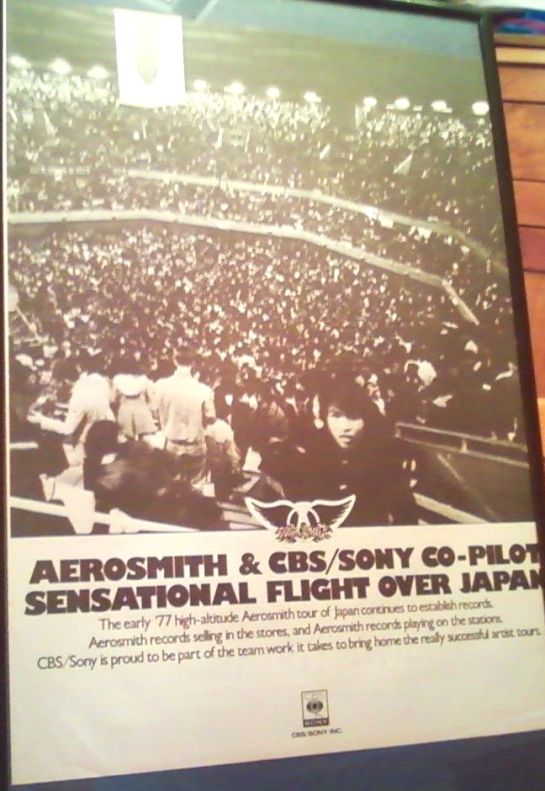 Above: Back when a Japan tour really was something to write home about – literally.

It does remind me of Cheap Trick’s Rick Nielsen saying in an interview that for a relatively unknown band band from the mid-Western U.S., wanting to play the Budokan was like wanting to play on the moon.

http://www.wolfgangsvault.com/aerosmith/concerts/central-park-august-29-1975.html
Aerosmith’s performance in Central Park 1975 was part of the Schaeffer Music Festival and was the source for a King Biscuit Flower Hour FM broadcast. This is probably the most booted show from this era and for good reason. It is no doubt the best sounding document to surface from the early years and comes before their performances were marred by the excesses of their lifestyle. The band delivers an incredible performance all around and are supporting their latest LP Toys In The Attic, released in April.

The many previous releases contained a variety of different selections from the performance and all issues to CD and vinyl were incomplete. The show first surfaced on the vinyl releases Look Homeward Angel (ZAP 7868 and its reissue on Fantasy Disco P7868) and Rock This Way (TKRWM 1812) and were all largely incomplete. 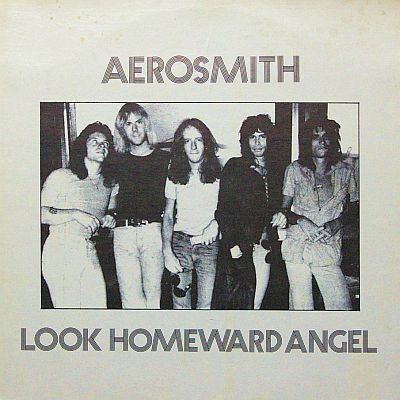 Fantasy Discos version [we first encountered this label under Patti Smith – Canine Teardrops / Teenage Perversity And Ships In The Night. These are very similar in appearance to the Berkeley label titles (see the previous Led Zeppelin Kashmir entry) but were probably not made by Ken]. 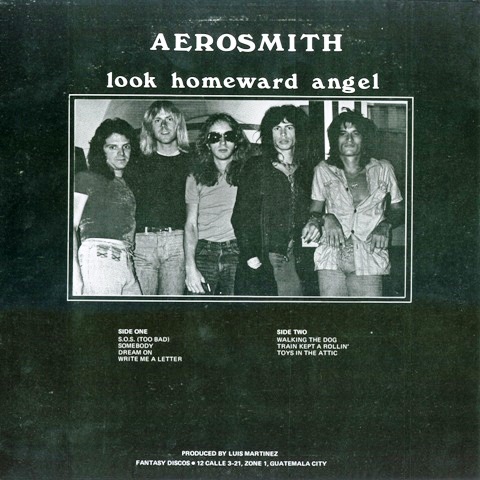 And a 4th life for this cat as the TKRWM album rock this way. Different tracks were selected for side 2: 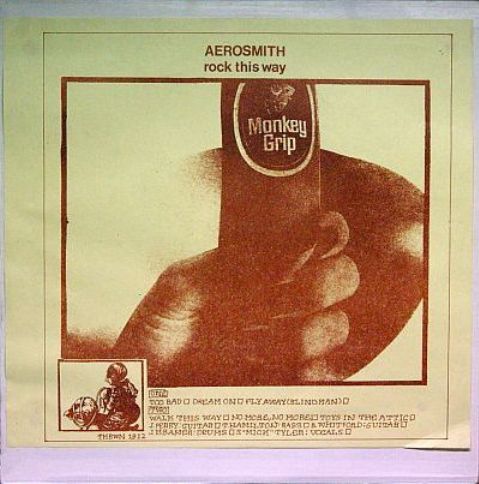