You almost wish to rub your eyes but on July 19, this copy of Melvin Records MM 04 got 19 bids with the high bidder committing to an incredible $4,950.00 – I wonder if this amount actually changed hands in this case. 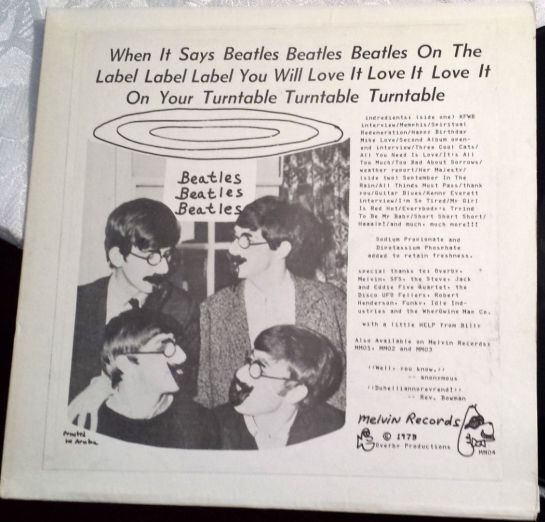 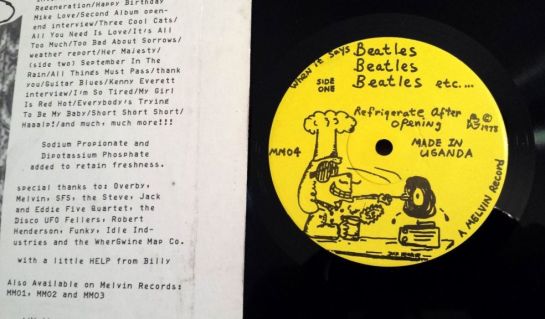 Actually, the $3,000+ club in this case. An auction I was watching for a while for these two Japanese Led Zeppelin bootleg acetates: 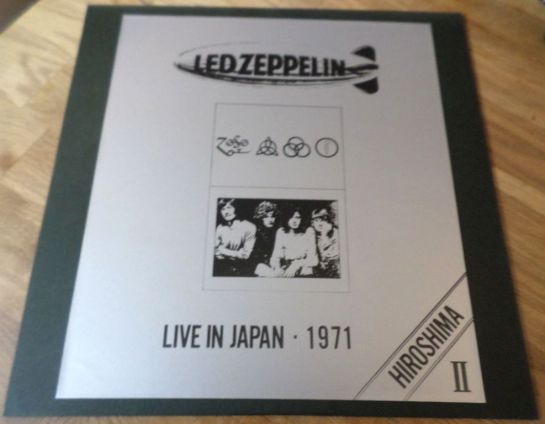 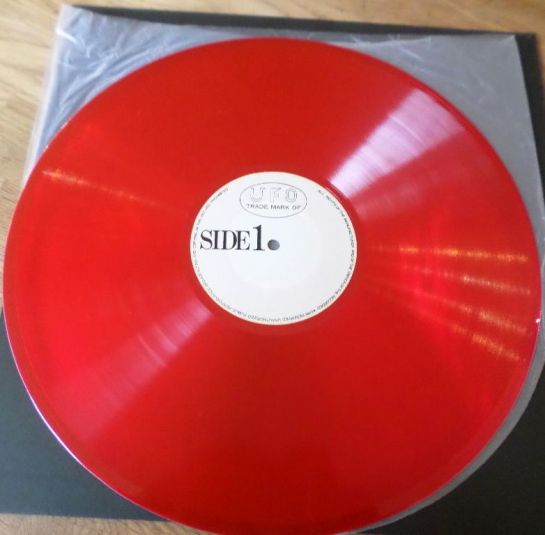 This extremely rare acetate, probably never offered outside of Japan before, achieved an astounding high bid of GBP 2,130.00 and more than quadrupled its asking price with only four bids. I would date these as 1980’s releases and as with many of these acetates keep expectations regarding the sound quality low. Moreover, according to collectormusicreviews.com, this is just a worse sounding copy of another super rare Led Zeppelin acetate: “[…] first […] surfaced on vinyl on the very rare acetate Hiroshima Parts 1 & 2 (Gell) and and copied on Hiroshima Live In Japan 1971 1&2 (Trade Mark Of Quality UFO) in poor quality. “

The companion piece, part 1, which had been listed in HOTWACKS, achieved only half of that at GBP 1,020. 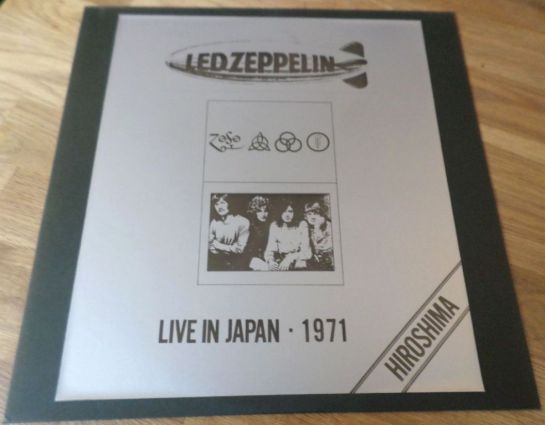 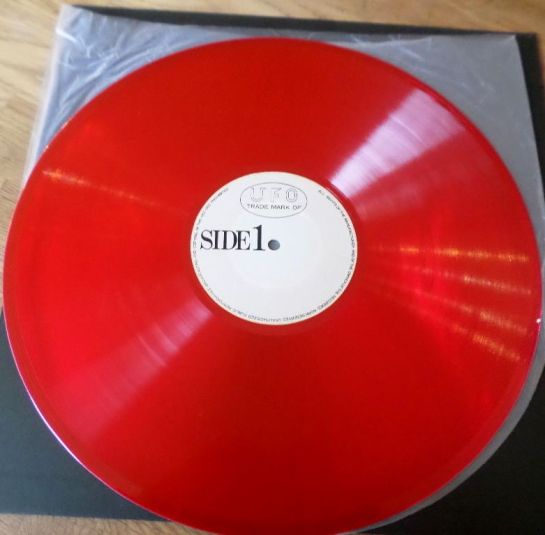 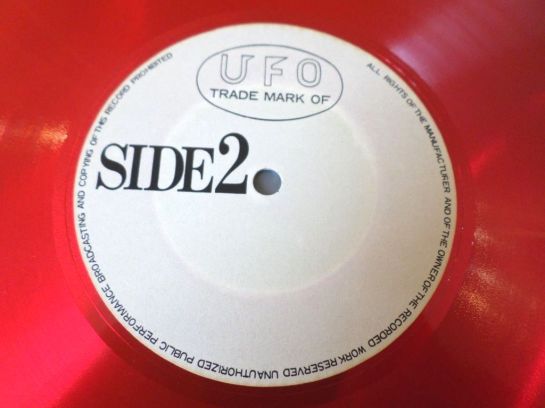 The following was adapted from http://www.argenteumastrum.com/1971.htm

Source 1: Stairway To Heaven [ 9:11 – cut ], Celebration Day [4:50], That’s The Way [6:42], Going To California [7:51], Tangerine [3:51], What Is And What Should Never Be [4:22], Moby Dick [1:29 – cut].
Description: Incomplete good to very good 1st audience recording. 43 minutes.
Details: This source has been recorded closer to the stage and is more upfront and clear when compared with other two tapes. It suffers from some overloading and distortion though, especially during the louder songs. There’s also some fumbling going on with the recorder here and there too.

After looking and looking, I finally realized that this is the famous set with the rubber stamped panties (also a very rare piece): 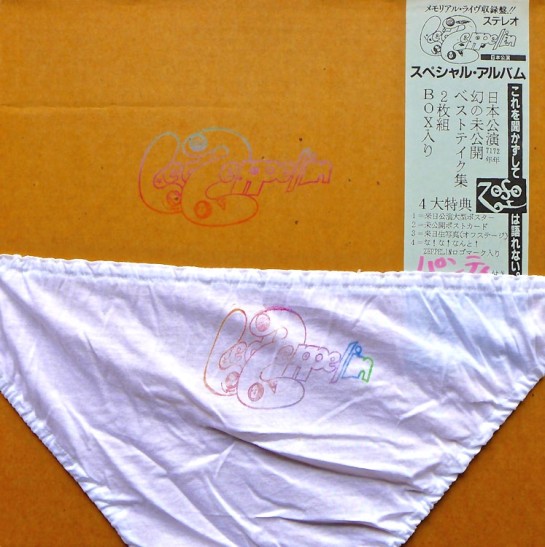 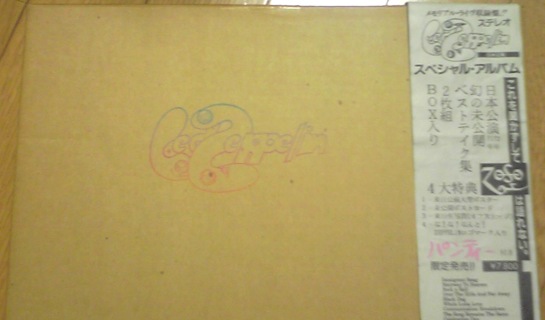 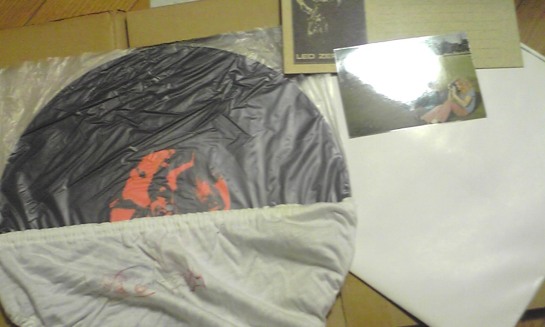 “The first one hundred copies of [the CD] Love & Peace In Hiroshima come with two bonus cdrs in a clear plastic case. This is a copy of the rare vinyl boot 71-72 Digest on Digger records released in the mid eighties. This title is infamous for coming with a poster and rubber stamped panties with each copy. This contains the first incomplete thirty-seven minute audience recording from Hiroshima which has never appeared on compact disc before.

The recording is distant and disturbing and the loud vinyl surface noise makes it even more difficult to listen to. 71-72 Digest also contains selections from the October 2nd, 1972 Tokyo show and October 4th, 1972 Osaka concert. Again the tape sources are very poor sound quality and the vinyl is very noisy.”

Description: Incomplete very good 5th audience recording. 147 minutes.
Details: Surprisingly, a very clear tape with only some amount of hiss and with small bass overloading. The band is captured in fair distance and recording is very enjoyable, best sounding in terms of quality and most complete of all five sources available.

“The band performed a charity concert benefit for the victims of the atomic bomb.  They presented the mayor of Hiroshima with a check for 7,000,000 yen – their earnings from the show – and in return received a peace medal.

Once again, the band were very well received by the appreciative audience and delivered another typically stellar performance.  The Whole Lotta Love medley was the shortest of the tour so far (18 minutes), but the band continued to incorporate rarities into the feature.  They performed Cliff Richard and The Shadow’s ‘Nine Times Out of Ten’ (the only known performance of this track) and Gene Vincent’s ‘Be-Bop-a-Lula’ (performed only once before – in Helsinki on February 23, 1970). 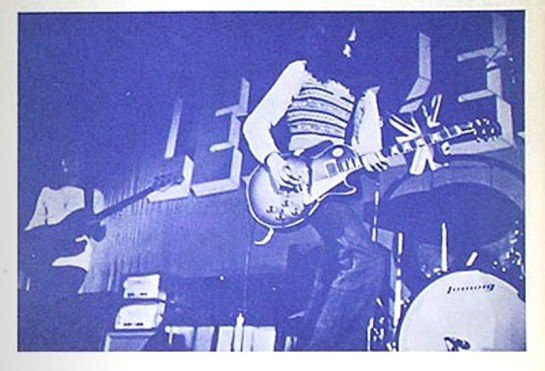 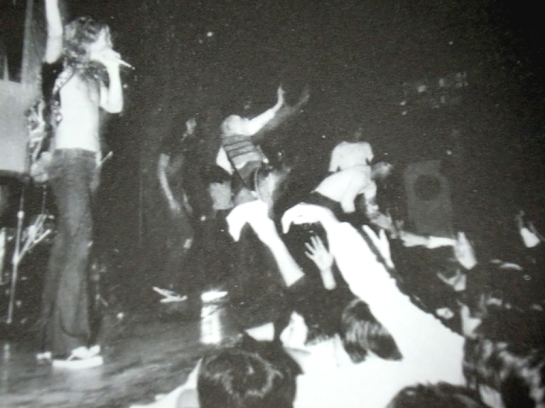 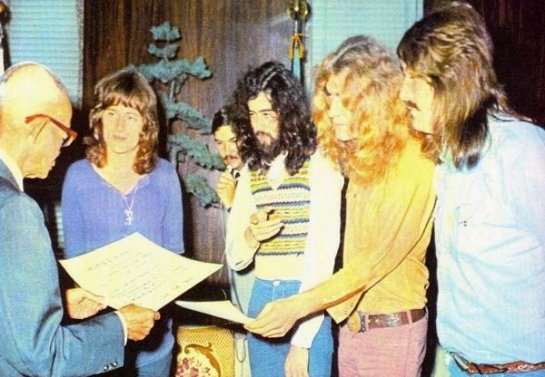 You cannot help but notice that Jimmy must have felt so much love for his knitted top, he wore it at Hiroshima Peace Park, throughout the actual concert and at the reception in the mayor’s office too. Of course, one cannot rule out that maybe he brought a suitcase full of identical tops on tour.

Coming up next: Smilin’Ears releases 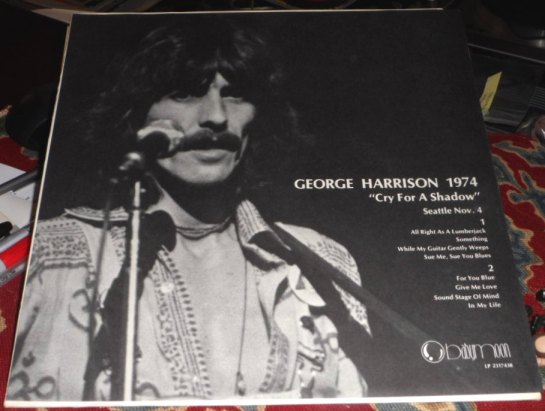 Single disc version of the rare babymoon bootleg, containing the Seattle tracks only.

Update: The auction ended at a very healthy $808 with 16 bids submitted

One of the, if not the rarest TMOQs: ELTON JOHN Country Comfort TMOQ BLUE VINYL 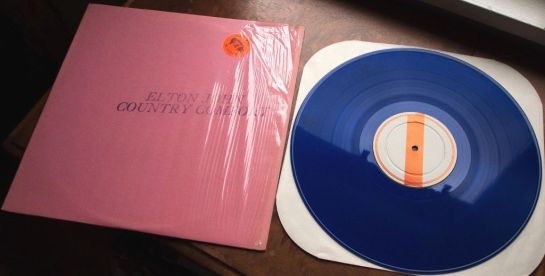 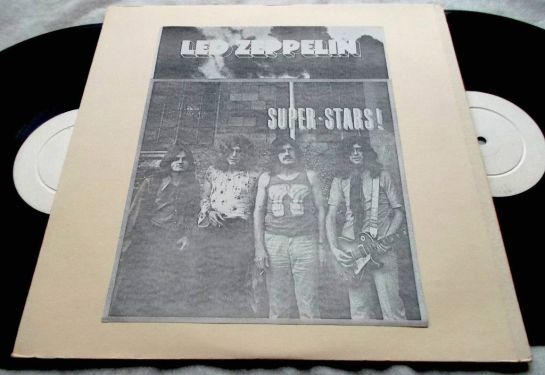 If the release date is somewhat accurate, this would make it a candidate for one of the first Japanese bootleg records ever.

“Here it is at last!
Ultra rare vintage Japanese pressing double live set from their first Japan tour, 24th September 1971 Tokyo Budokan show!
Without any doubt, this is THE rarest Led Zep live LP ever released. Pressed in Japan at end of  ’71 in micro quantities, most collector don’t know it even exist’s!!
Very few, heavy collector knows about this obscure double live set.

Original insert(printed on thin, thermal paper in ’71…) is still loose and great condition, very slight discoloration on back. Plain beige cover is also nice, Ex condition.
Both disc has some strange surface mark but plays nice with light surface noise.
Plain white, deep groove label on heavy vinyl.
Sound qualities are not great as late ’70s – early ’80s  live LPs, but this is real artifact from early ’70s rock history…
Low(yes, I think low…) starting price and this is once in a lifetime chance to own this gem….” 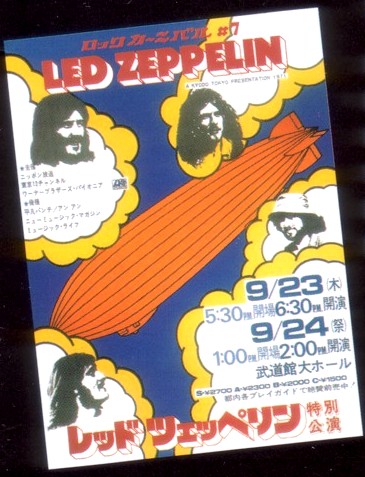 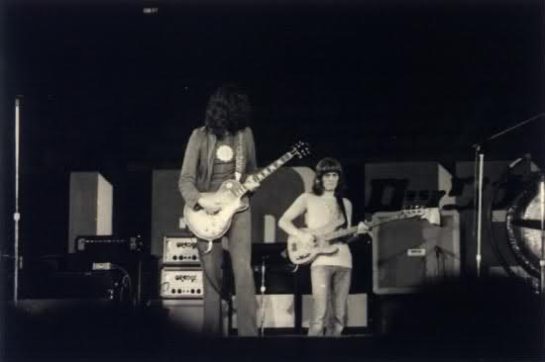 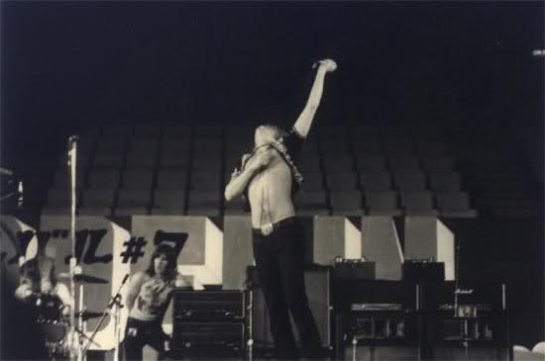