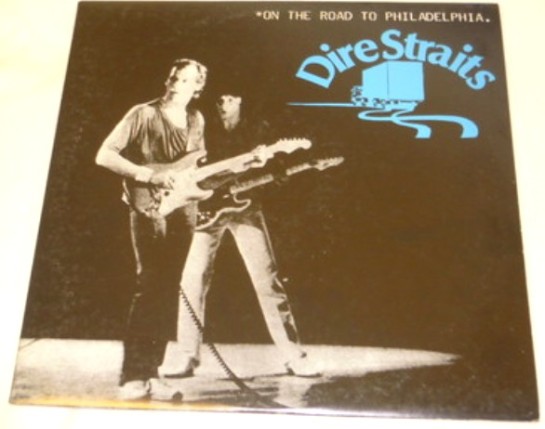 Source: WMMR live broadcast hosted by legendary DJ Ed Sciaky from the Tower Theater near Philadelphia, PA on 6 March 1979. The production info & credits listed on the back cover are probably fake. “Soundboard recordings from the tour include the concert at Old Waldorf in San Francisco on 31 March 1979, which was released as [a] promo LP by Warner Bros. Records, the concerts at the Tower Theatre in Philadelphia and the Orpheum in Boston were circulated as bootlegs”

This recording was later pressed on CD by the German Imtrat CD bootleg label that positively flooded department stores with their Live USA ‘cheaper by the dozen’ series. It has since been ‘liberated’ on Mark Knopfler’s own website: http://www.markknopflermusic.com/2009/07/dire-straits-live-at-tower-theater-1979.html