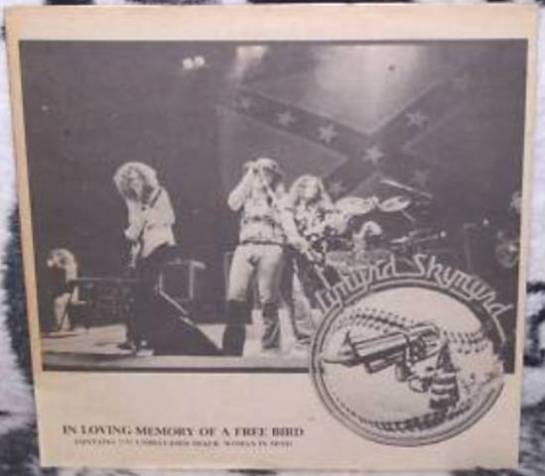 Supposedly from the Hammersmith Odeon in London on 20 December 1976, but the set list given for the corresponding tour, the One More from the Road Tour does not match (I also wonder if that single European tour date entry on wikipedia was based on this bootleg alone) and I would bet that this is the KBFH recording from Cardiff, Wales from their short European tour in November of 1975, previously bootlegged on TKRWM 1814:  cardiff peaches .

And that must have been the end of Flying Horses Records, no further releases were ever found that used this name and corresponding FC numbering system. 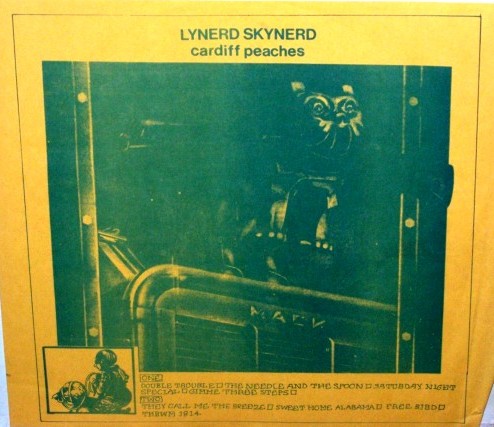 The Authorized Bootleg: Live at the Cardiff Capitol Theater – Cardiff, Wales Nov. 04 1975 album by Lynyrd Skynyrd was released Mar 31, 2009 on the Geffen label.

The online version at wolfgangsvault.com is identical with the tracks on the official release while the vinyl bootleg leaves out two songs (marked +): 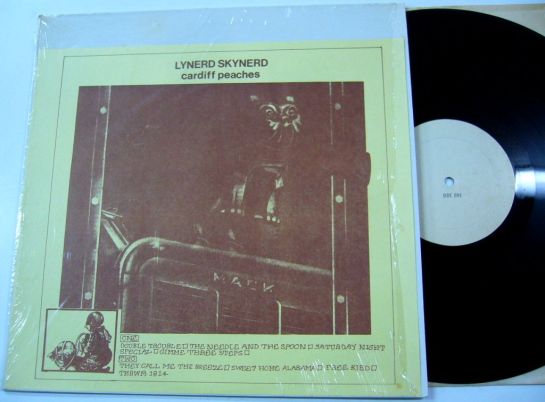