The text says: “The Move were one of the most creative bands ever due especially to the songwriting prowess of Roy Wood and to the instrumental workouts and vocals provided by the various incarnations of the band. Live recordings by The Move are in short supply, unfortunately, so we here at Melvin Records feel it´s about time to make some available.
The personnel on side one is (front cover, left to right) Carl Wayne (vocals), Trevor Burton (bass, vocals), Bev Bevan (drums), Roy Wood (lead guitar, vocals), and Chris “Ace” Kefford (guitar, vocals). The sound quality is excellent as it came from a radio show. The first five tracks on side two make up the legendary “Something Else” EP presented for the first time on a long playing record. The personnel is the same as above but with the exclusion of Kefford. Open My Eyes was taken from the Move´s perilously short tour of the U.S. The quality of this track is considerably less than perfect but is well worth listening to as the band does a raucous seven minute version of the Nazz tune. Rick Price (bass, vocals) is added to the lineup on this cut replacing Burton.
Special Thanks to Deram, Regal Zonophone, A&M, Fly, Capitol, Harvest, and United Artist for putting the official stuff out in the first place.
This album is dedicated to Roy Wood who is still a genius even if fate does its best to make sure no one finds out. Hope you like the record.”
MELVIN RECORDS c/o HARRY WILSON 10 DOWNING STREET W2 LONDON, ENGLAND MANUFACTURED IN ANTARCTICA. MELVIN RECORDS a non-profit organization (but we didn’t plan it that way) 1979 OVERBY PRODUCTIONS MM07. 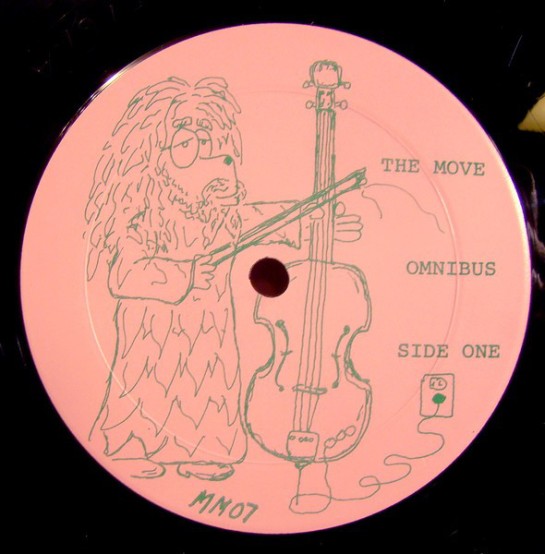 The side two label references the band’s penchant for acts of destruction on stage early in their career, with TV sets often being targeted: 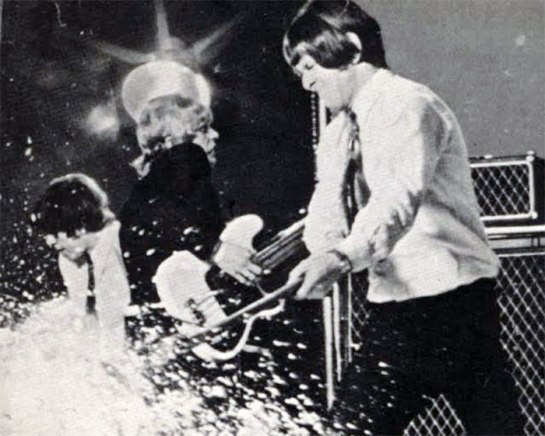 The only vinyl The Move bootleg I have ever seen.

Side A: Something Else / Flowers in the Rain / Why? / Hey Grandma / So You Want To Be A Rock ‘n’ Roll Star / I Can Hear The Grass Grow

Although not perfect in quality, they sound fantastic as one can check out in this YT clip: 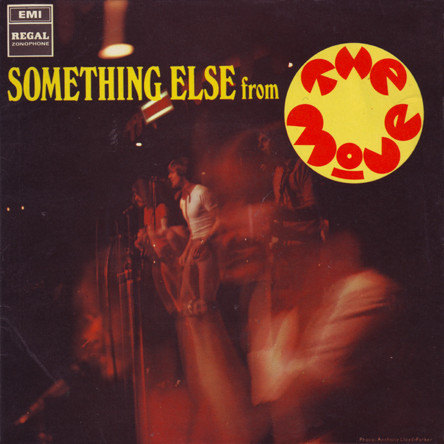 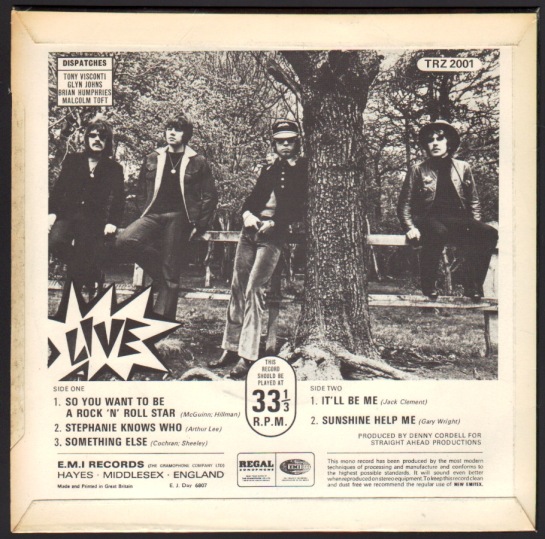 It would take 33 years for the complete Fillmore East tapes to be released:

“… When we arrived in New York, John” Upsy “Downing, who had been with Jimi Hendrix a handful of years in America, knew his surroundings and rented a truck and a Dodge.
We took the freeways to Detroit and did two nights at the Grandee Ballroom, opening for Iggy Pop and The Stooges. But our next date was in Los Angeles. Whoever it was who had organized this tour, had not studied a map in his life.
We had to cross the United States, sleeping a single night, since while we could not afford a plane, we had no choice.
But on this tour I had the feeling that I was going to have a lot of fun again; That camaraderie, that attitude of “the boys have returned to the city”, unconcerned, full of jokes and laughter. There was a cheerful atmosphere and an underlying feeling that nothing bad could happen if we were all together. And when we finally got to Los Angeles, we really were. Together in a room with two double beds and a sleeping bag for five at the Continental Hyatt House on Sunset Trip. It was the only way we could choose to stay in the hotel. That night we went out there and saw Jim Morrison being pulled out of a club with his feet in front, completely still. I thought to myself: “this is Hollywood, this is how to live”. But it was in central Texas, in the heart of Redneck Country, where we had problems. Woody got his hair up to his back and a ten-foot-long villager began pulling him.
“Hey, are you a boy or a girl?” “We do not want problems” we said “we are English”. We thought that this would end the conversation immediately. But it was not like that. We started backing up to the car when other locals started shouting, “fagots!” Upsy Downing then made his appearance: “what’s the problem?” He asked, “these guys are in a group and they’re with me.” Upsy was believed to be cement, but one of the locals, about half as tall as the old mandrel, but done like a brick building, gave Upsy a punch in the jaw. He was directly on the hood of the car, spinning and winding and landing on the dust on the other side, half unconscious. We had to drag him inside the car and leave the place, with the exalted locals screaming and shouting: “Hey! You pansies, come back here and fight. “ It was difficult to put Roy in a good mood because of this incident on our return to England … “