Most stamps found look like this one above, without a gap between the ‘R’ and the ‘W’, however the first example has it. I have not found this on black PVC and since the stamp also serves as the title, what would one call a stamp-less copy? 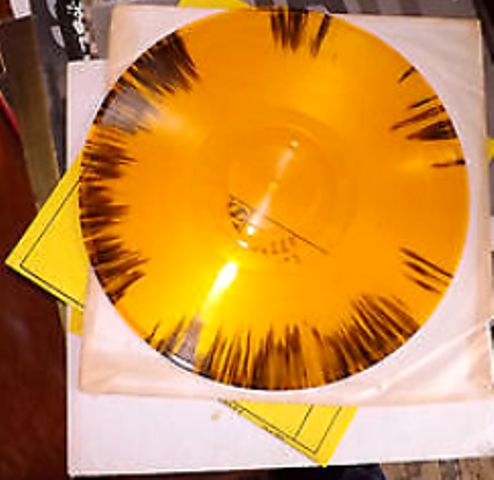 Source: Apart from saying that it looks like a 1978 until Japan Tour (May of ’79) set list, I have no idea. If you know more, please leave a comment.

Here’s a flyer found in an auctioned copy. The concert advertised here took place in ’78. I would guess that a past owner added it after acquiring this bootleg. This could be an indicator that the releases by this label were mostly sold in the Seattle area. 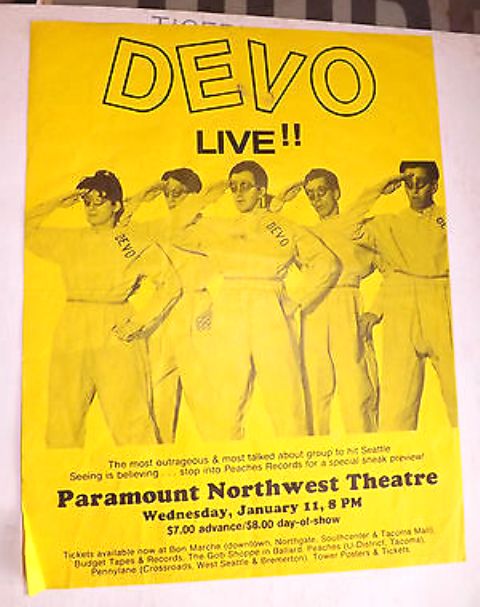 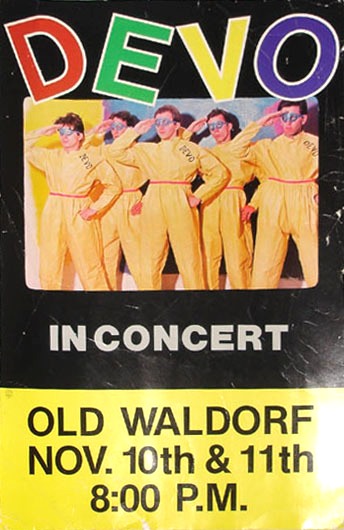 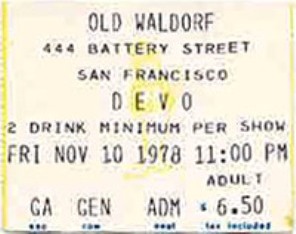 Track 11 was later officially released by the band on a flexi disc as “Flimsy Wrap” and sold with the picture disc edition of their official LP Q: Are We Not Men? A: We Are Devo! 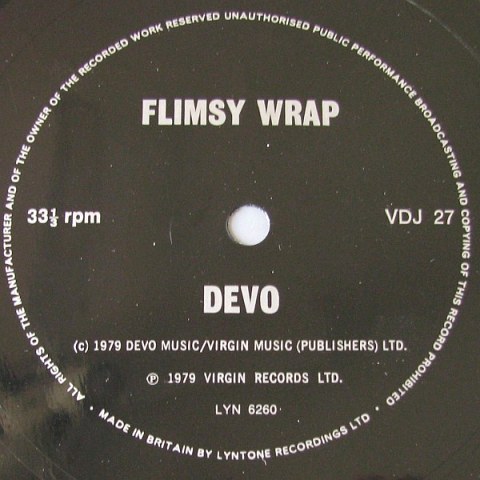 Two images taken at this show and others from different dates can be found here: http://www.mypixrock.com/index.php?category=gallery/punk/devo&start=0 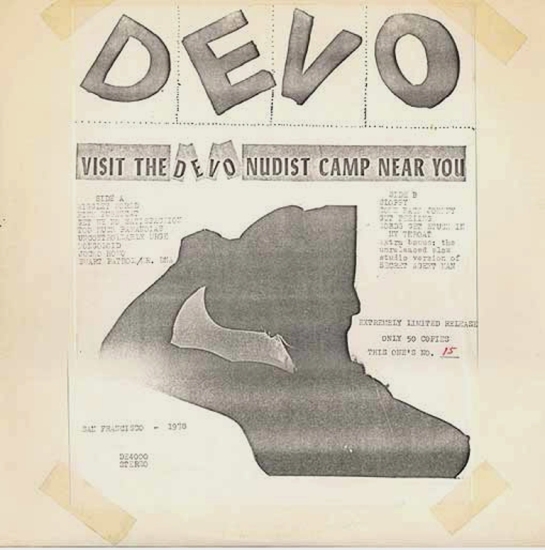 Released in 1979. Not the first DEVO bootleg – that honor seems to belong to WORKFORCE on Cyber Records. Compared to the complete set list, omits all dj chat and tracks 05 Praying Hands, 14 Slap Your Mammy, 15 Devo Corporate Anthem and 17 Red Eye but adds a demo for “Secret Agent Man”.

“In 1974, the song was recorded by Devo and again in 1979 on the Duty Now for the Future album with a jerky, heavily modified arrangement and significantly altered lyrics (sung by guitarist Bob Mothersbaugh). The 1974 recording was featured as a music video in Devo’s independent short film, In The Beginning Was The End: The Truth About De-Evolution. The song was a favorite of Devo fans, entering the setlist in 1977 and remaining until 1980 (and returned to the band’s setlist in 2006). ” [wikipedia] 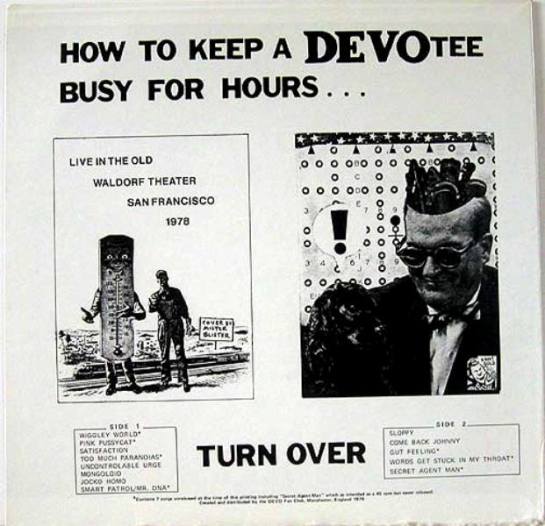 Small print says “Back sleeve states:  “Contains 7 songs unreleased at the time of this printing including ‘Secret Agent Man’ which as intended as a 45 rpm but never released. Created and distributed by the DEVO Fan Club, Manchester, England 1979 “

I do remember this line being used in the run out space of Idle Mind bootlegs, just with “Black Sabbath” substituted as the band. 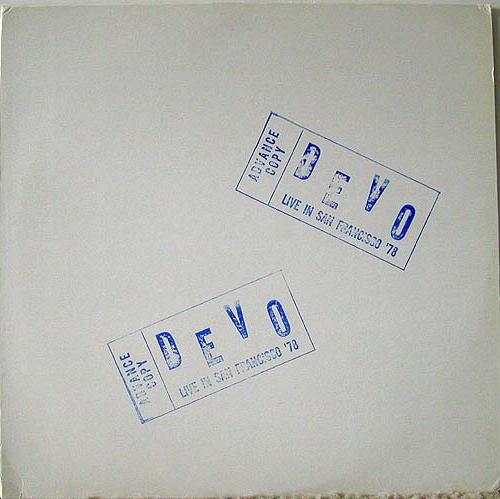 I have seen this described as having material from San Francisco 1977 and being a Japanese bootleg made in 1981 but that seems to be incorrect. The number SX-TT 979 that is sometimes used to identify this release is meaningless as all Slipped Disc paper labels include that number:

Individually numbered insert sheet (not in relation to actually produced copies though).

One of the few bootleg albums that did not mention the band’s name even on the outside of the package, quite unusual for a non-established artist.

Review from a fan site:  “This live bootleg tries to look as official as possible and I think they did a great job with the packaging which includes a single sided inner with lyrics, an interesting little diagram on the back and full colour artwork on the front… but obviously they didn’t want to raise too much suspicion so there is no mention of Devo anywhere on the release, instead the record is created to Workforce To The World… hmm… I kind of like this live set but it isn’t anything particularly special, definitely for completists only. The recording is taken from a gig in San Fransisco with the addition of two track recorded in Devo’s native Ohio. I’m not sure whether this and the other Devo bootleg are from before or after the release of Q: Are We Not Men? but I’m tempted to say before.” 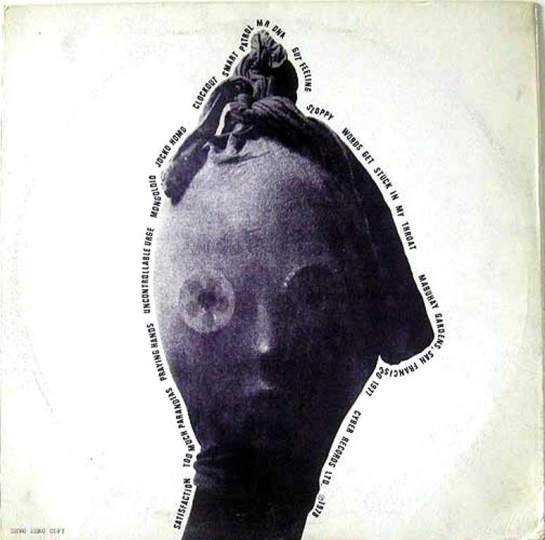 Most certainly taken from the following radio tapes:

This is often labeled as 8/5/1977, but the leading DEVO chroniclers online have re-labeled it as 8/3.

There is an obvious difference difference in the recording quality between the early and late sets, but each is mixed very evenly. I’d say the Late Set is the better quality of the two. The vocals are right up front and every instrument is audible and clear.” 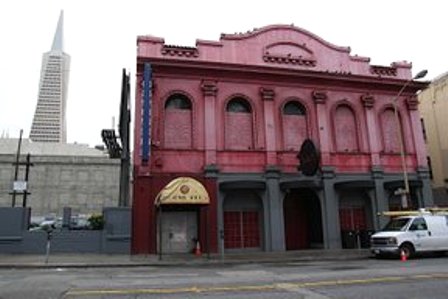 Hard to imagine a time in San Francisco when art didn’t clash with $$$ and the cash won. This had already faded the first time I visited the city in September of 1988 and even more so in early 1994 when I moved there. These days,  a 2 BR near Valencia St. in the Mission can be offered for $4K, prices I previously only knew from the Marina, one of the cities most expensive neighborhoods.

Was it really better musically in the late 1970s (for those born in the early 60’s) or is that just a BOF perspective? A question I keep asking myself with each new post.

Can U Take It? 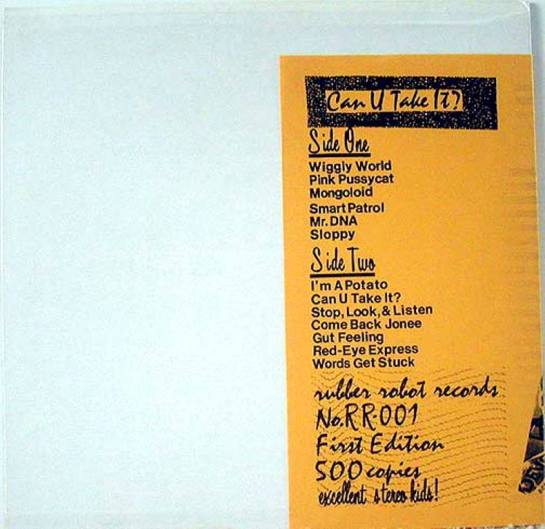 “…Rubber Robot Records — a label that devoted itself to Devo bootlegs exclusively.”This is actually not correct, while RR # 003 is Sing if You’re Glad To Be Devo/Devonia RR # 002 is Elvis Costello “THE LAST FOXTROT”.

I am not sure which of these two came first but they contain the same material:

You Can Take It! 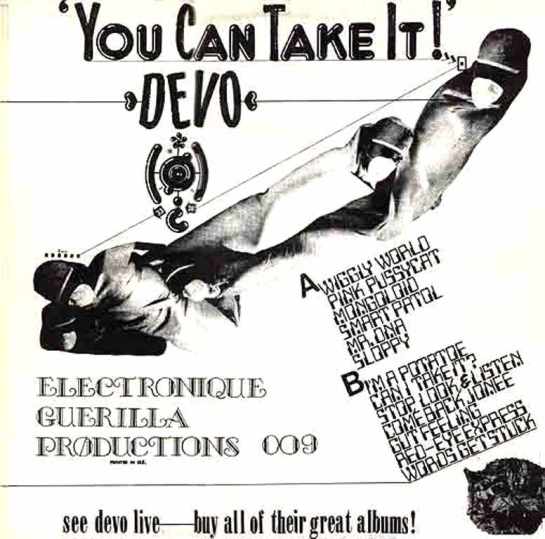 The first three tracks on B are studio recordings. I’d dare a guess that the live tracks come from the Old Waldorf KSAN broadcast, which would date both releases to early 1979. 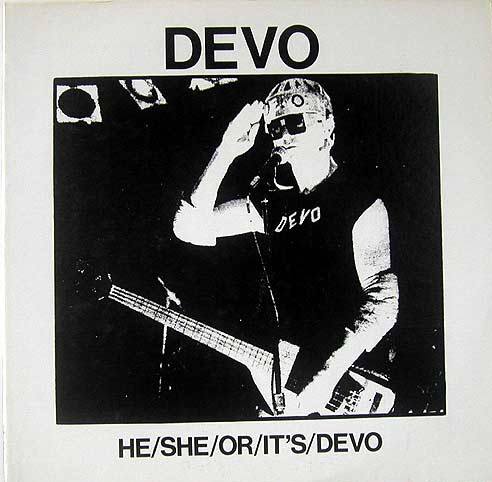 Excellent mono audience recording. The month is probably not accurate.