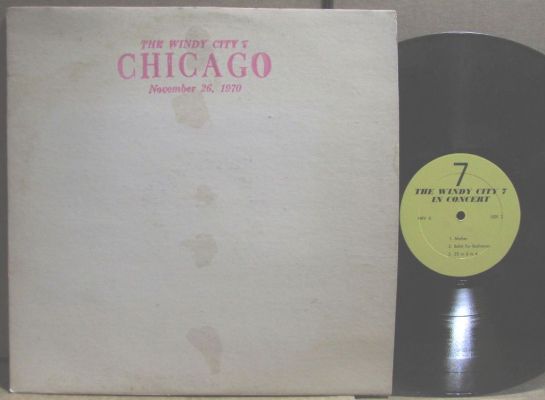 Due to the date mentioned as part of the rubber stamp, I believe that this is a live recording and not just a pirate of officially released tracks.

It does remind me of the earliest WCF/pre-Berkeley Records phase, when they used a combination of letters and numbers before switching to an all number-based system. here is an example, LIVE BAND by the Band: 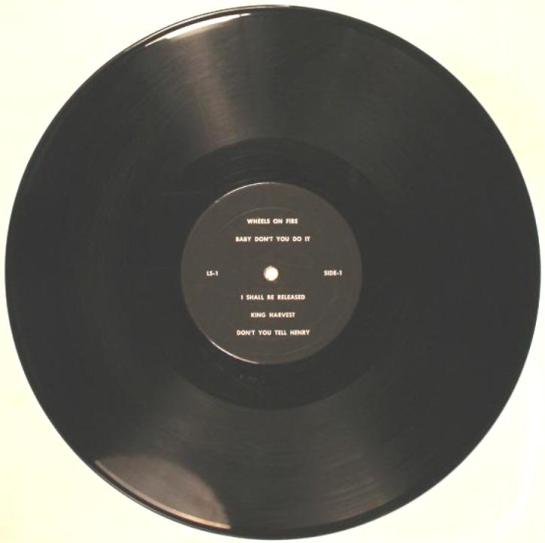 Back to the Chicago album: The seller set an auction price of $8 but this otherwise unremarkable LP – especially for the non-bootleg aficionado – sold for six times that much.

“It seemed like a swell idea at the time.”

A KBFH recording that can be listened to in its entirety here (along with the first set):