It seems that the early versions of Dittolino titles were stamped and never had slip sheets to start with.

In late 1971, Dittolini released this album, better known as As Sweet As You Are / Yellow Matter Custard

Second version and first version of the insert.

The origins of the master tape start with a slightly different source tape compared to the one used by TMOQ. This was originally issued – also under the title Yellow Matter Custard – with “Yellow Records” labels by the label known as White Cover Folks around 1971 and then copied by Dittolino. 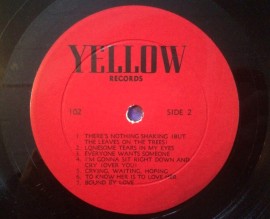 Matrix for this release: 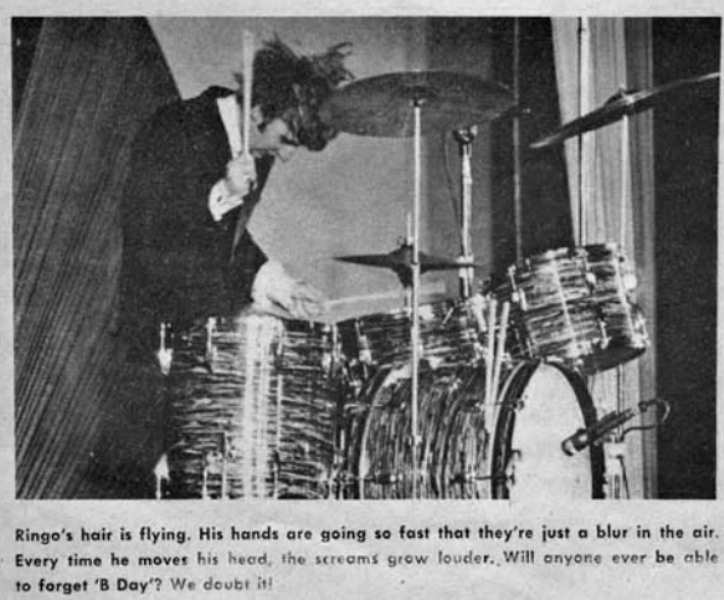 The American Federation of Musician granted Capitol Records permission to record the Beatles at the Hollywood Bowl for their first appearance there in August of 1964 after having denied this at the beginning of the year when Capitol had intended to tape the Carnegie Hall concerts in New York.  John, Paul, George and Ringo rose to the occasion, especially when compared to the previous day’s shaky performance in Vancouver – preserved for us thanks to the radio broadcast released first on TMOQ.  From a technical point of view, the result was a disaster due to guitar leakage onto the vocal track because the stage set up of the Vox amps was not altered for this live recording session and they fed right into the vocal mics.

Four days after the concert, Capitol mixed the recording into stereo and by that time the press and the Beatles themselves had already given the result the thumbs down wit the press stating that a release was “considered unlikely” as the tapes were found to be “ruined” (by the screaming) and the Beatles calling it “a souvenir… not for general release”.  At least one mono acetate was produced in September of 1964 and sent to Brian Epstein.

Clearly visible: Capitol’s assigned project number 4877
From the auction text: “This is IT! The full length ORIGINAL live recording of the Beatles At The Hollywood Bowl on 23 August 1964. This is a two sided, 33rpm original Capitol Mono B acetate, that was originally owned by no other than Beatles manager Brian Epstein! It came to the collector world via the legendary Beatles expert and author (“How they became the Beatles“) Gareth Pawlowski, who bought the acetate collection of the late Brian Epstein from Brian’s mother Queenie Epstein.

Most of these acetates featured released versions, but there were two exceptions: The acetates of the legendary Hollywood Bowl 1964 concert, one the original mono mix from September 1964, the other a stereo remix from 1966. When Pawlowski died in 1994, the most important pieces of his collection where auctioned off by LA specialist store Rockaway Records.”  The acetate sold for $6,500.00 in December of 2003. The stereo remix mentioned above was produced on 30 September 1966.

“Note the notation “AR1453″. This would appear to reference another reel of tape. John Barrett logs reel AR1454 as the original 27 August 1964 stereo mix and it is commonly believed that the available mono copies are simply the stereo mix folded to mono.” [beatlesource.com]  In 1970,  taken from an acetate of the ‘folded into mono’ stereo mix mentioned here, the first bootleg LP appeared. I would love to be able to pinpoint when this leaked to bootleggers but that is hard to tell as more acetates exist(ed): 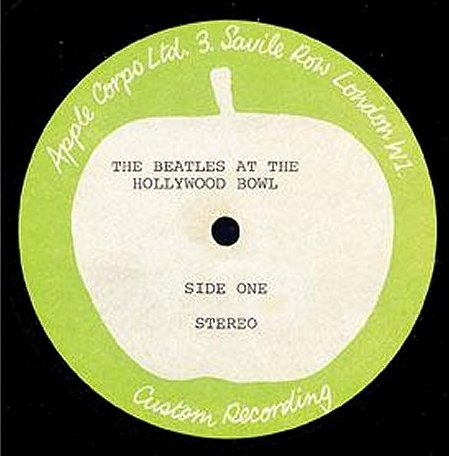 The first bootleg release has been pinpointed to Shea The Good Old Days in 1970 (although a Japanese bootleg blog claims that Kustom Records ASC-002 was the first ever release of the acetate).

A common link to many of the bootlegs is a skip at the start of “Can’t Buy me Love” that occurred when the acetate was transferred. This release was reissued and probably copied many times in the 1970’s.

I currently do not know which of the following was the genuine first issue: 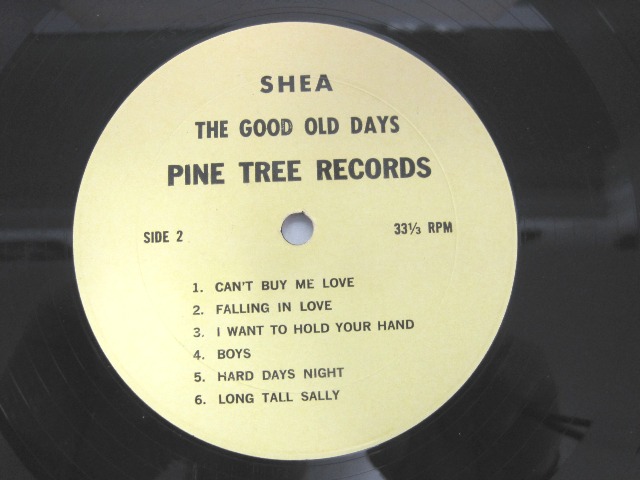 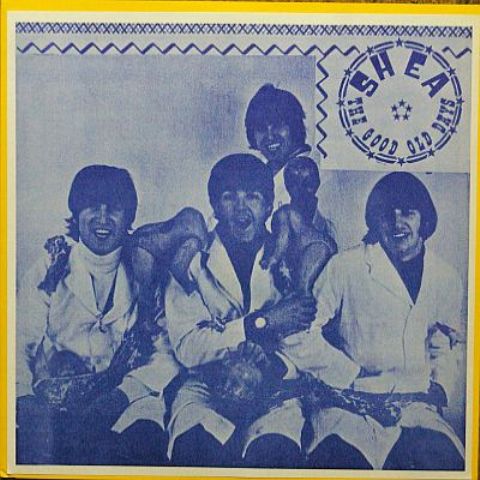 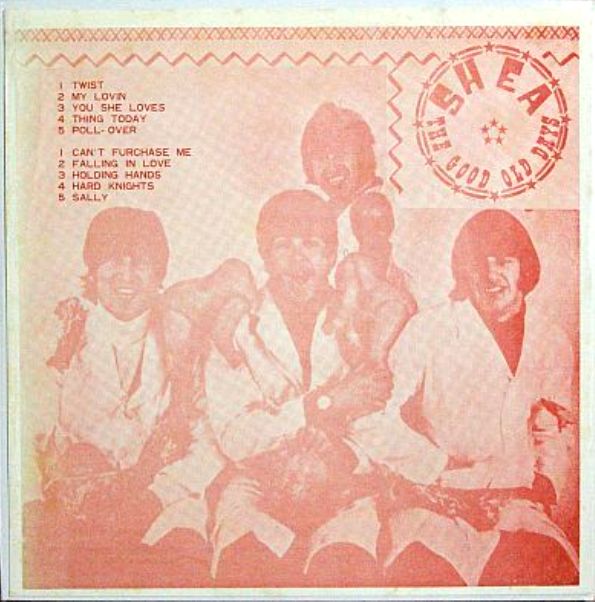 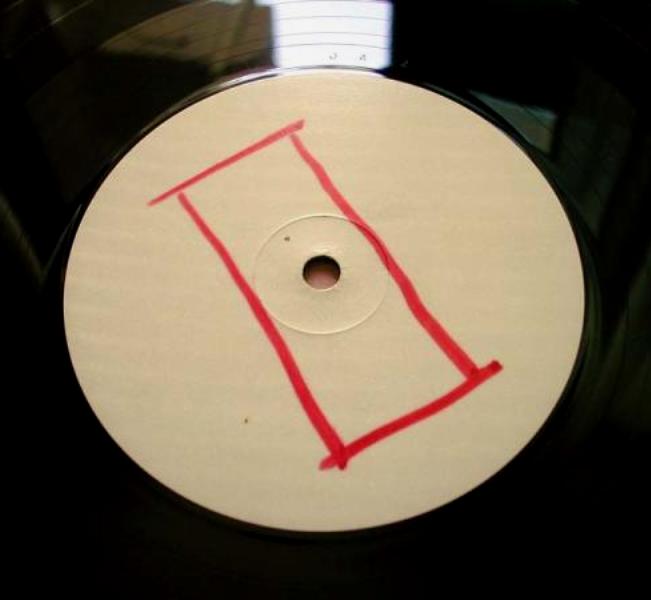 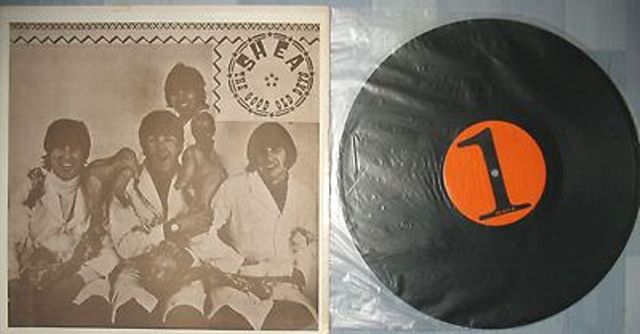 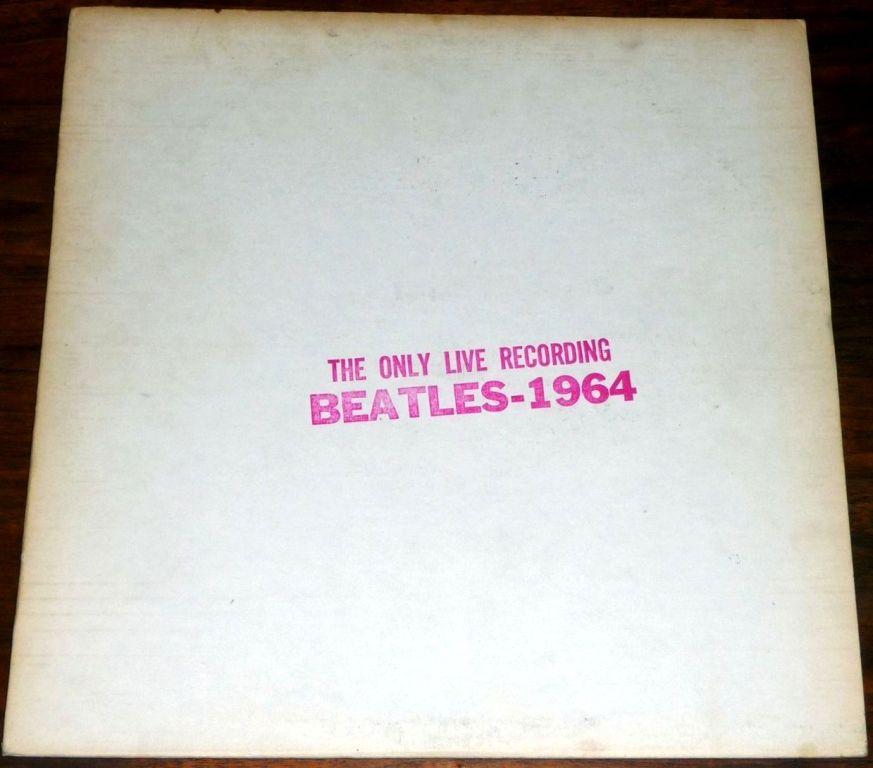 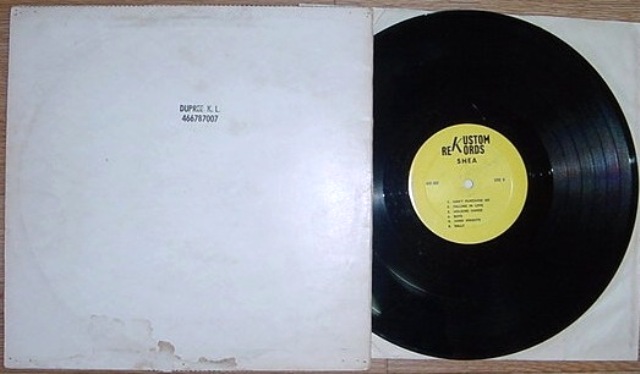 Why was this album called “SHEA The Good Old Days” when it contained the Hollywood Bowl recording?

I have the following two theories at this time:

1. Upon hearing whatever source tape the bootlegger had been given, they mis-remembered this as being the televised Shea stadium concert.

2. Someone thought they were reissuing/copying the following album, which had also been released in 1970, which did contain the 1965 Shea stadium recording:

Please note that although the cover says “contra band”, this was not a release by thhe famous East Coast bootlegger known as CBM.