Below, a copy without a stamp, or perhaps it’s on the back. 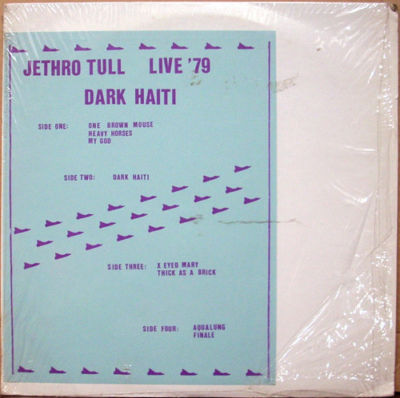 And a black vinyl copy, so they do exist:

USA: 1979 – this was the start of a trilogy where they released three double albums recorded at the same venue within six or eight days; this one, Van Halen and Supertramp; the only bootleg label I have come across to have done this.

Source: Audience recording from the Seattle Coliseum, April 10th 1979. One of the last concerts featuring bass player John Glascock, who would take his final bow at the end of this leg on 1 May 1979, in San Antonio, TX.

Regarding the album’s title, was it an insider joke or an honest mistake? When introducing “Dark Ages” from the then still unreleased new Tull album STORMWATCH, Ian Anderson would draw out the pronunciation, so that it did sound like “Dark Haiti” but when listening to the song, it becomes clear that it’s “ages” (by the way, does Ian have the best on stage pronunciation or what? I could listen to him all day long). I do not suppose that the person(s) behind the 78/79-1XX label were Tull fans.At least, as all the first second generation bootleg labels had been put out of business and could no longer cover the latest Tull tour, as they had done so well in ’72, ’73 and after, at least these guys filled that gap quite nicely.

This used to be one of the most sought after & valuable titles by this label in the last decade, reaching a staggering $670 in 2008 for a lucky seller. Prices have more than halved since then though.

Side 1: One Brown Mouse / Heavy Horses / My God (including God Rest Ye Merry Gentlemen, Kelpie and Bourée)
Side 2: Dark Ages
Side 3: Cross-eyed Mary / Thick As A Brick
Side 4: Quatrain, Aqualung (medley) / Locomotive Breath, The Dambusters’ March and Aqualung (medley) 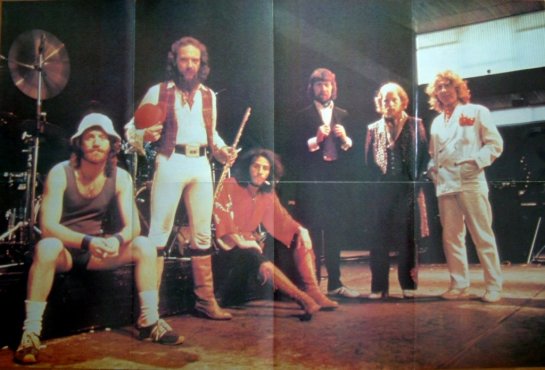