To be released in the near future thanks to the copyright expiring after 50 years:

The recording made by José Luis Alvarez is supposedly in good quality.

Link to the vinyl (+ CD) edition

[Disclaimer: I have no affiliation with the site selling the product nor do I get any commission]

The master tape, recorded on a Grundig reel-to-reel on 2 channels with four AKG microphones, and mixed live. Brian Epstein had given his permission and a signed contract still exists.

The story behind the recording:

Brian Epstein liked to take trips to Spain, we remember the trip he invited John Lennon to in April of 1963. In April of 1965 on another trip to Spain, Brian met Alvarez, who worked for the Spanish music publication FONORAMA.

One topic that came up was the relatively low number of record sales by the Beatles in Spain. A number of 3,800 is usually mentioned but was this for a certain/the latest release or the total amount of all records sold by the Beatles. Now the latter would be hard to believe, considering how many titles had already been released by Spring of 1965: Four LP’s, up to 16 EP’s and five singles.

The way Alvarez tells it, Brian even felt that the band was not as popular in Spain as in other European countries and there was no point in visiting Spain on the upcoming short European tour. Apparently, there were all of 2,000 record players in Spain at that time, explaining the suppressed sales figures but that these record players were put to good use at local street parties and the Beatles were definitely very popular, Alvarez emphasized. In the end, Brian could be persuaded to include Madrid and Barcelona in the tour schedule. 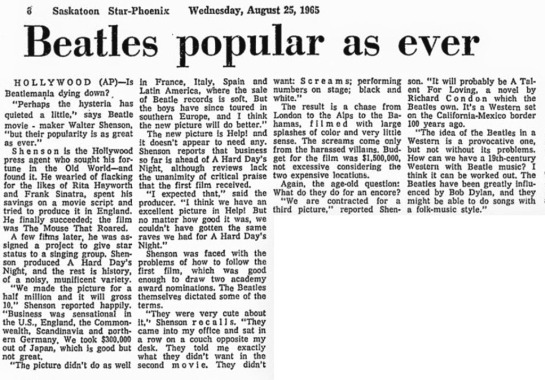 There is just one problem here: A contract exists that shows that Brian agreed to those two concerts in early February of that year:

In the end it must have come down to a promoter guaranteeing a certain fee and less about sales figures. 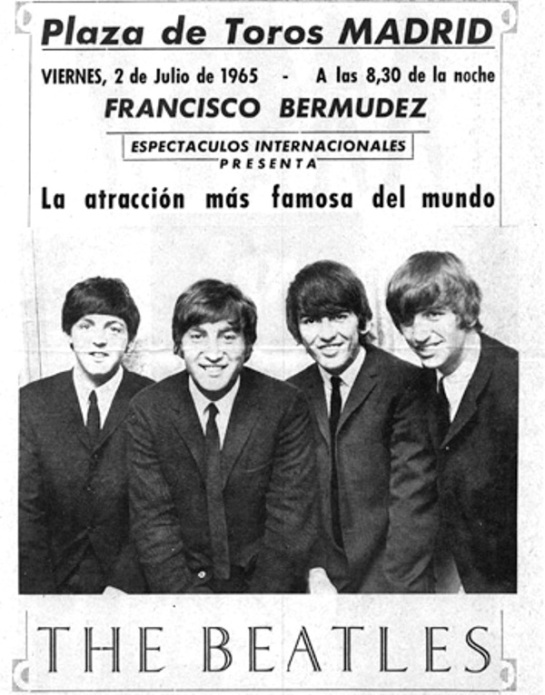 Alvarez (wearing a tie) with Paul and John in Madrid. 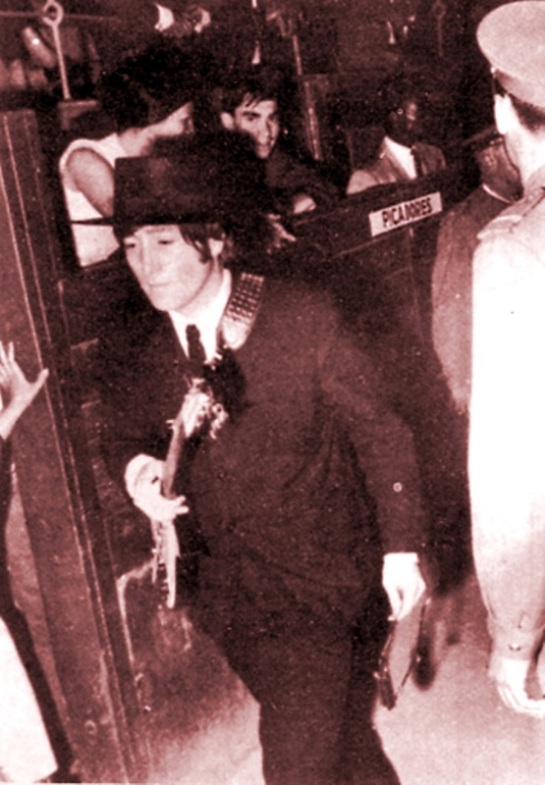