This may be the easiest to find OG release of them all.

“Total duration: 34:28  A very fragmented album of an average audience recording.”
“Track 1 – 4 is from an unknown show, most likely between April and June 1971.
One can hear Keith Emerson talking about ‘a new album’ (TARKUS) which will be released – he says – in August; ‘maybe earlier’. The last track – Lucky Man – is from the Korakuen Stadium / Japan – show in July 1972.”

I am not sure if there are two different versions of OG-630 – with & without two tracks by Free added to end of side 2 – or if auction sellers are just quoting the insert without actually having listened to the record to verify.

OG-707:
“Some copies of this album included two bonus tracks with Free, who supported ELP on the 1972 Japan-tour.”

It’s unclear where exactly the two Free tracks come from. Both tracks can be found on this rare Japanese bootleg, recorded during their first Japan tour in April/May 1971: 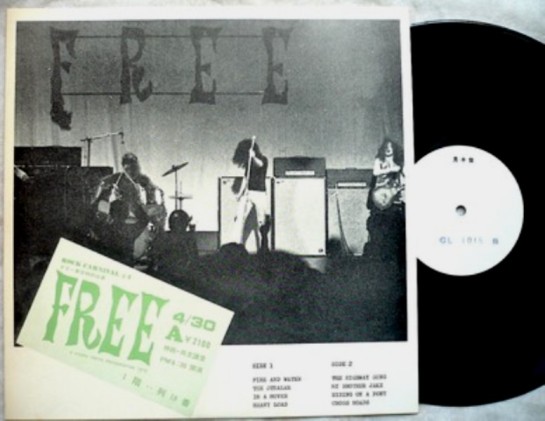