The terms ‘boot’ and ‘leg’ have been joined ever since working boots that reached above the ankle, probably since the 1620’s.

The term found it’s way into public jargon, as evidenced by its appearance in newspaper articles around the late 19th century. As it was still relatively new, it was ‘tried out’ in different contexts:

[from: Investigation of the state prisons and report thereon, New York (State). Prison Commission, The Commission, 1876]

Related to the above, the term “bootleg soup” survived to this day and stands for a concoction based on leftovers (sometimes of questionable origin?). That certainly gives us an idea what that coffee must have tasted like…

Ten years later and the term has now firmly acquired a negative meaning, probably due to stories from the Old West about weapons, such as a knife, hidden in the upper part of a boot. I doubt it came from bottles of ‘moonshine’ actually being transported in this manner, as has often been suggested.

In 1889, a definition linking the term to illicit trade can be found:

[B. R. Porter, Probate Judge of Anderson County, Kansas, in The Economics of Prohibition, 1890, re-quoted from an 1889 report in The Voice]

The first case of linking the term to describe records/music that I have found, comes from a work of fiction: RENO FEVER by Dorothy Walworth Carman, published in 1932

10 years later, “the American Federation of Musicians, at the instigation of union president James Petrillo, started a strike against the major American recording companies because of disagreements over royalty payments. Beginning at midnight, July 31, no union musician could record for any record company.” [wikipedia]

Needless to say, someone saw a business opportunity and the term “bootleg” became linked with being a strike breaker. 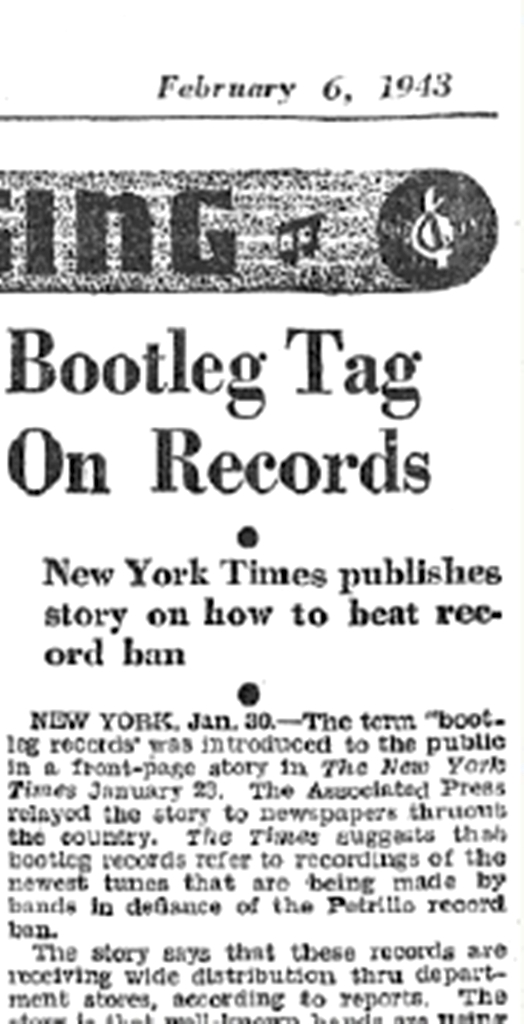 Finally, in the 1950’s, ‘bootleg records’ started to refer to ‘pirate/unauthorized records’: 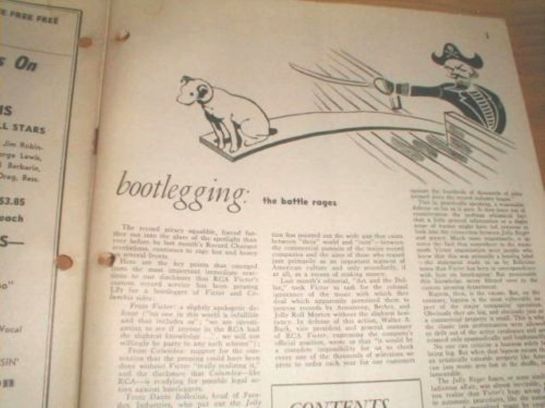 The first major blow against alleged “pirates” and “bootleggers” in the record industry was struck yesterday. Columbia Records, Inc., and Louis Armstrong, jazz musician, filed a complaint in New York Supreme Court against Paradox Industries, Inc., for the alleged re-recording of Columbia’s Armstrong “Jolly Roger” series and the sale of it under misleading brand labels. […]

Reinventing itself – the meaning in 2014: 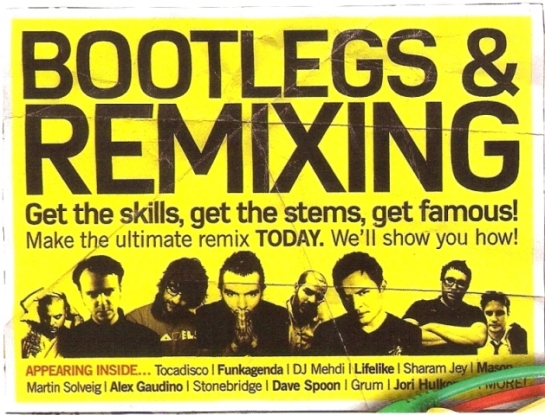