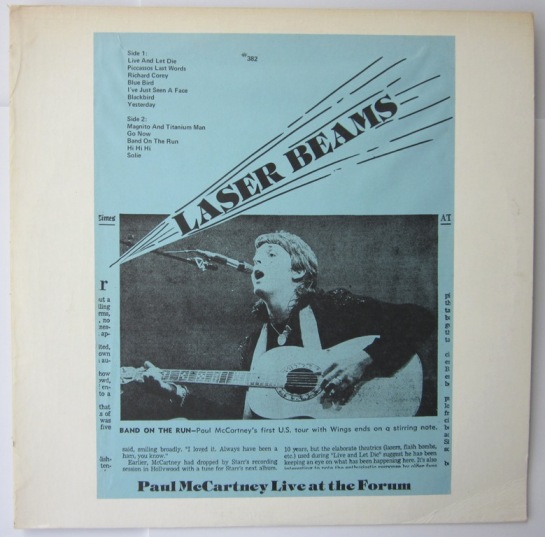 These two images are from my personal collection. The insert was produced in different shades of blue plus at least in tan as well.

Definitely a real Wizardo product but also the end of the ‘300’ series. Every release from # 383 to 408 either never happened or was a fake Wizardo.

Source: LA/Inglewood Form, 21 June 1976 (not the 23rd as stated in Hot Wacks). Wings’ first of three nights on their last tour stop on their triumphant 1976 North American Tour.

Almost all of the rest of the tracks from the first night were released on Ken’s TKRWM label. The two missing tracks are ‘You Gave Me The Answer’ and ‘My Love’. Unfortunately, space was wasted where these songs could have been included by duplicating four tracks found here on Laser Beams (I do understand that Ken & John were probably not holding meetings to coordinate their efforts) but at least the Wizardo LP provides a slight quality upgrade for those shared tracks. All of these tracks are still core as no track from June 21st was selected for inclusion on the official triple live album. 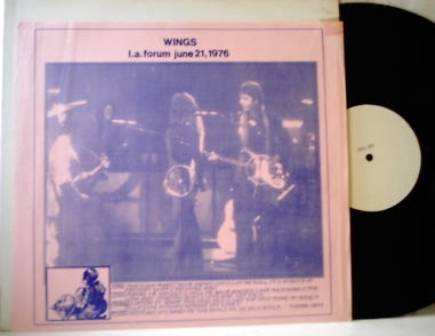 This footage includes backstage footage of Wings hanging out with Ringo, John Bonham and Harry Nilsson: