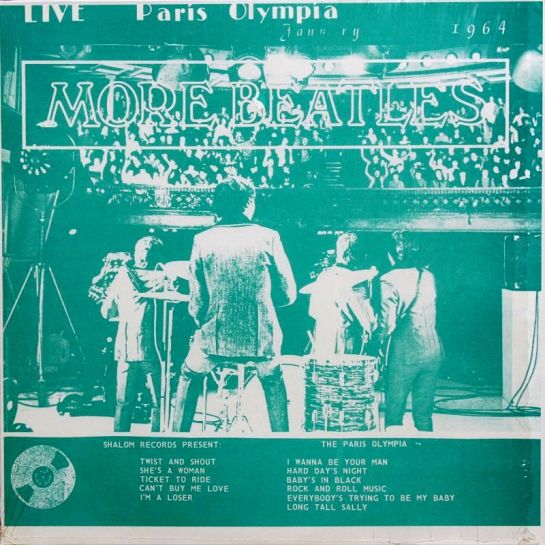 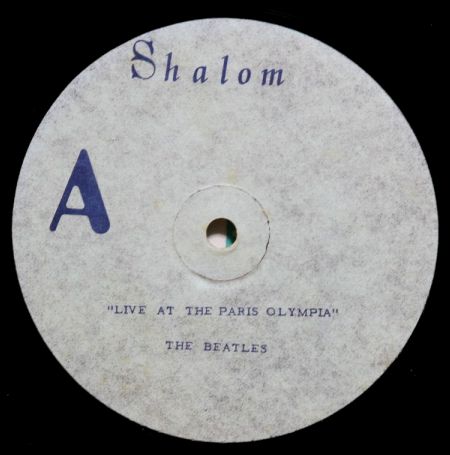 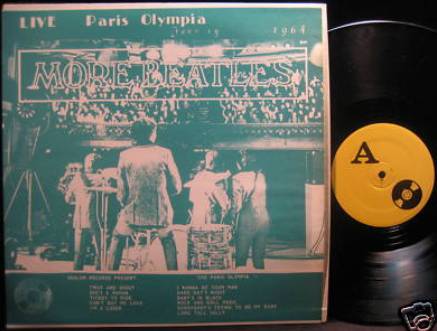 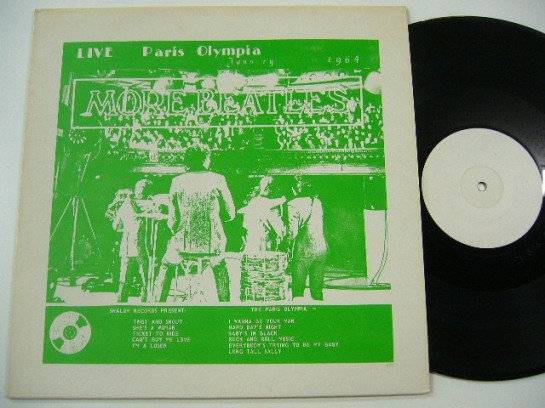 Shalom Records 3688, rated as “Satisfactory mono” in Hot Wacks and “good quality” in Way Beyond Compare.

In 1973, this was the first release of the evening show and of any material from these two performances on 20 June 1965. Not only did France’s Europe 1 radio station air the show live  ((9.00-11.00 pm) titled “Les Beatles (en direct du Palais des Sports)”), French TV channel 2 videotaped the whole show. It was eventually shown on 31 October1965 from 7.30 – 8.00 pm in a program simple titled “Les Beatles”. As that broadcast presented the concert in a re-sequenced and edited form, the bootleg was obviously derived from the video soundtrack.

The original song order at both shows and throughout the 1965 European Tour was:

In 1974, Contraband were the first lable to issued the afternoon show from 20 June ’65 but misidentified it as the late show: 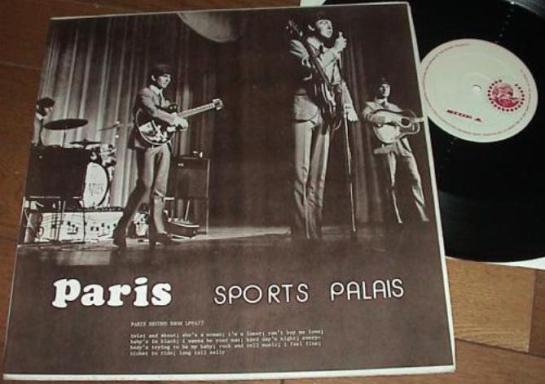 Also available with red pirate and King Kong labels. Cover photo shows the Beatles on stage at the Winter Gardens in Margate, UK, in July of 1963. 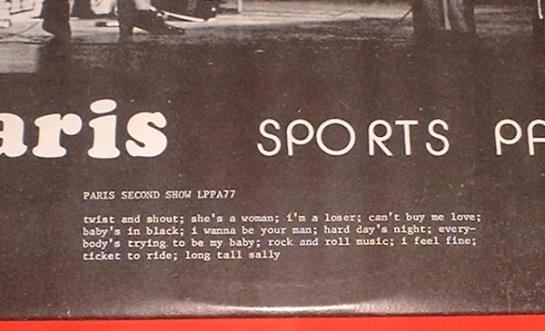 The first show had also been recorded by Europe 1 and broadcast on 27 June (1.00-2.00 pm) in the series Musicorama. Someone in France managed to hold on to their off-air tape copy into the early 70s and it eventually ended up in the hands of Contraband.

This old vinyl bootleg is still the only source for the complete song introductions, as apparently, the Europe 1 master tapes are unavailable . Fair/satisfactory quality overall, “marred by high-frequency interference”. 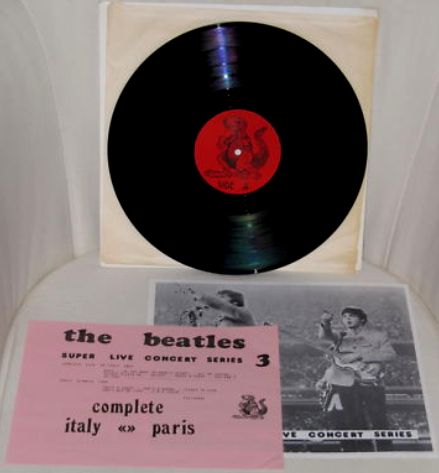 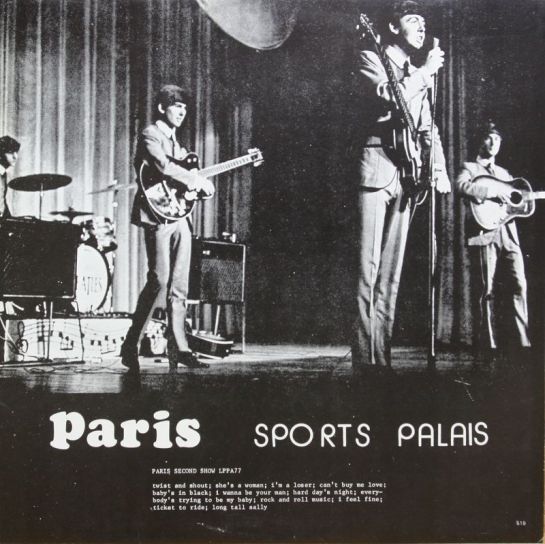 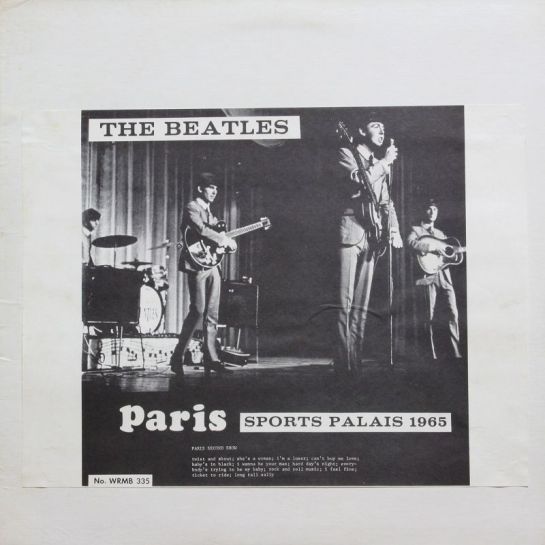 Then, a second version under a slightly changed title (and with photos from Munich 1966) by combining most of both shows on one discs: 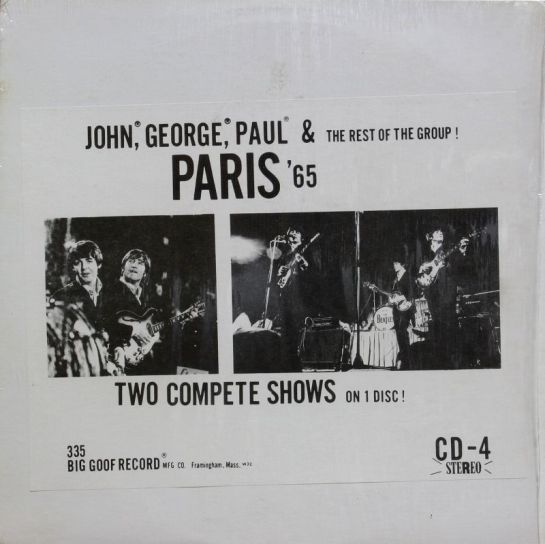 Of the available material, side 1 left out “I Wanna Be Your Man” (the broadcast only included the very end of “I Feel Fine”, so it could never be listed as a full song), while Side 2 left out “Can’t Buy Me Love” and “Baby’s In Black”.

This album was available on black or multicolored vinyl and with the standard blue or the green “El’ Wizardo” Mexico label: 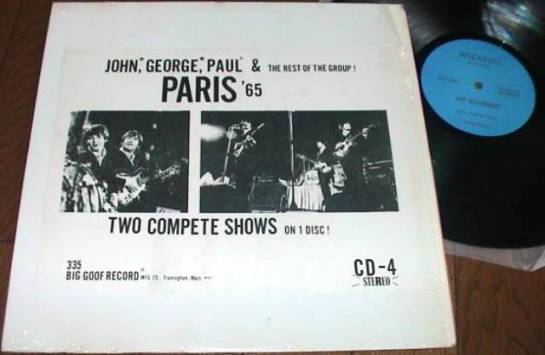 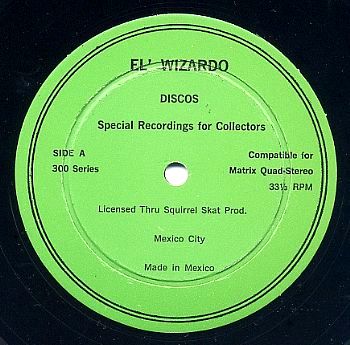 Around 1979 or soon after, Ruthless Rhymes re-issued this material from the same sources for the last time: 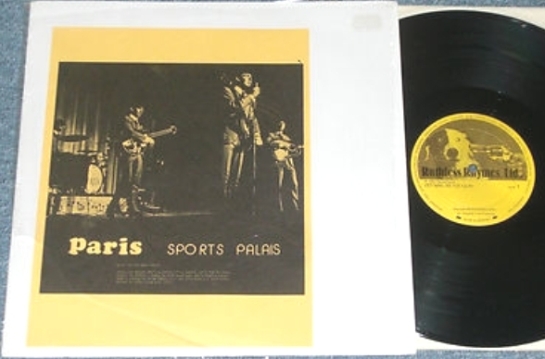 It would then take until 1986, before most of this material was upgraded from new sources significantly closer to the masters on the fantastic A Paris double album. 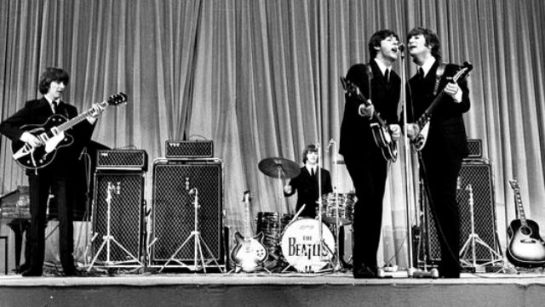 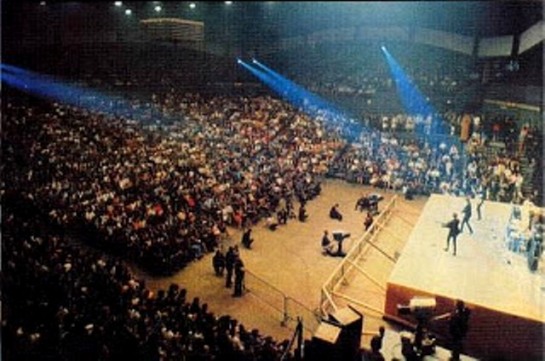 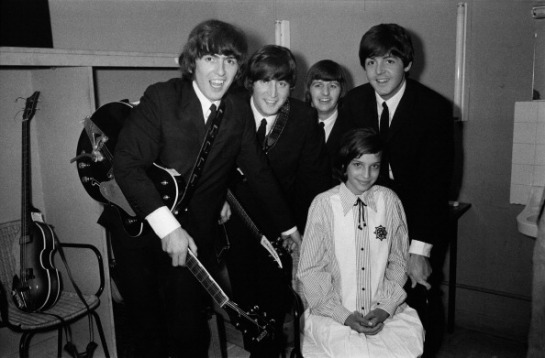 Backstage in Lyon on the 22nd

Link to scans from Melody Maker, 26 June 1965 edition with a review of the Paris shows: