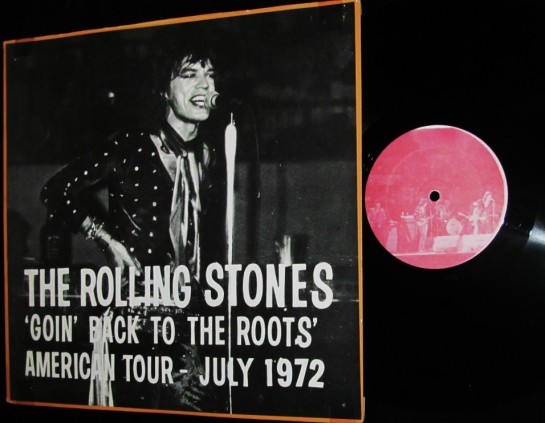 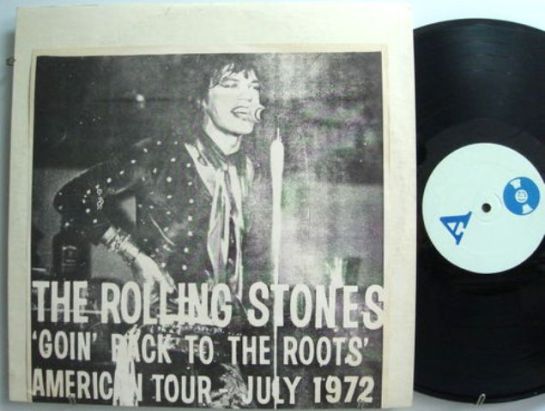 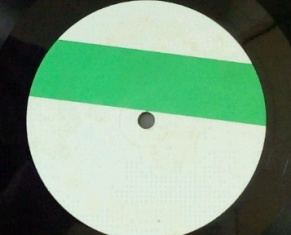 This is usually credited to Rubber Dubber but that can’t be, since they were raided and closed down in September of 1971: 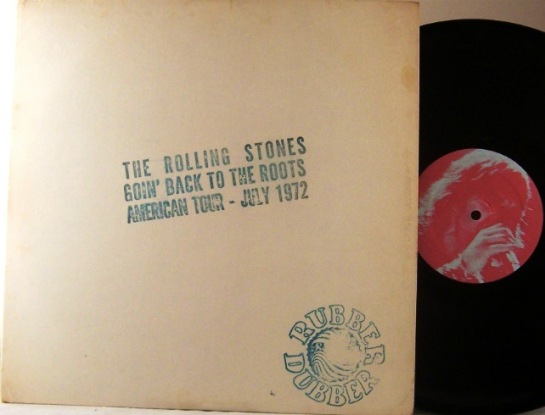 Can be found with different stamper colors: red & blue and double stamps. 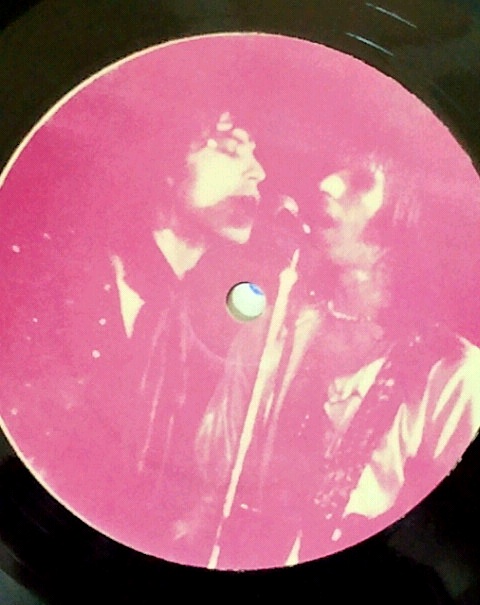 So, who did this album? I would suggest that it was CBM themselves, pretending to be RD – raised out of the Ashes: 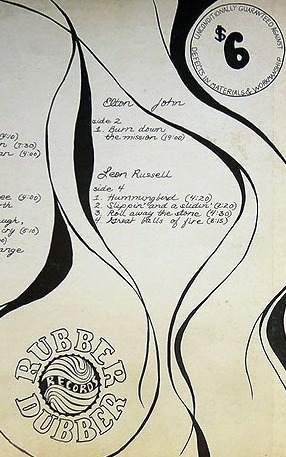 Really, who were they kidding?

Here is a detailed analysis of the different versions sent to me by an avid reader and supporter of this blog. Thank you very much!

A nod of acknowledgement for this old bootleg in the digital age:

“This is generally considered to be the best audience recording of the Rolling Stones 1972 US Tour. It’s been on numerous bootlegs since shortly after the concert. This is supposedly from the master tape. Lineage given is Aiwa mics->Marantz Superscope cassette recorder->cassette master->CDR1->CDR2->CDR3.  I was not not satisfied with that CDR, so I pitch corrected it -1.5%, slightly boosted the bass, and edited and re-indexed it. That’s what you have here.

The guitars, horns, and vocals are recorded fantastically well. Bass and drums are distant, as usual for 1972. Performance is excellent too. This originally came from a well know taper and collector, JT, who is now deceased. Supposedly he recorded the show himself but I was able to determine he was about 12 years old at the time. I believe he acquired the master after the event.”

This is a recording of the Rolling Stones at The Scope, Norfolk, VA, July 5, 1972, from two different sources.

The better recording is incomplete and does not circulate except on vinyl, so it is transferred from an old bootleg LP on the Rubber Dubber label called “Goin’ Back to the Roots.” I rate it as VG+ for side 1 and VG for side 2. The vinyl is not as well pressed on side 2, or possibly the taper changed location. The original LP fades out between some but not all songs.

*partly or completely from better recording

“As the sine curve of offstage life reaches its low point, the music on stage peaks. In Norfolk and Charlotte and Nashville, the set seems to fly from beginning to end, the musicians completely locked into one another and on time, like a championship team in its finest, most fluid moments. But only people who listen, like Ian Stewart, and the Stones themselves and their supporting musicians, are aware of the magic that’s going down.”

The Stones onstage at the Scope 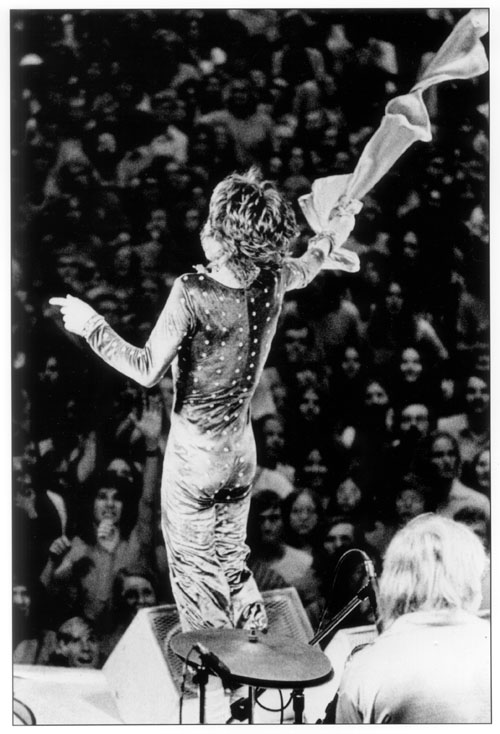