While these songs are on the LP, all the given sources are wrong. There never was a broadcast by radio station WBOX from the Beatles’ Forest Hills concert, they played there only once in 1964 and performed different songs (and never “Lucille” – this was only played for the BBC in 1963):

CBM also put out a Dylan Forest Hills 1965 album, perhaps they got confused? What is really on there, I do not know apart from the obvious BBC tracks, especially on side 2. I have not seen a detailed track breakdown but would assume that side 1 has tracks from the Shea Stadium TV broadcast, the most readily available ’65 live recording at that time [“Lucille” must really stick out like a sore thumb among those live tracks]. Regarding side 2 and the claim that the last two tracks were from Shindig! 1966, they only were on the show once in 1964 and “by October 1965, the show was having ratings problems and in January 1966, Shindig! was cancelled and replaced in its Thursday time slots by Batman.”

HOTWACKS claims that the album was also copied/released on Wizardo – has anyone ever seen a copy? What can be confirmed is that the LP was released by Contraband with a matrix of 4228 and this may have happened as early as 1973. 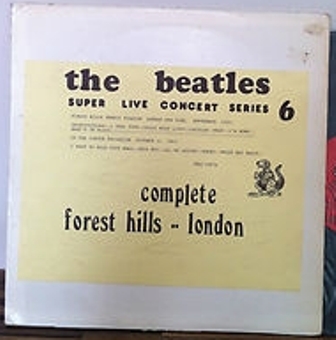 The Beatles at Forest Hills in ’64 for real – the ‘fan grabbing George’ incident. “I could hear all wrong notes coming out!” – John Lennon the next day in an interview with Larry Kane [found on LP/CD East Coast Invasion] 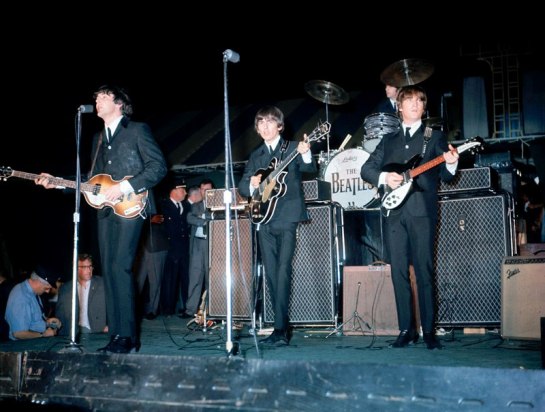 Later that evening: Dylan visits the Beatles at the Hotel Delmonico: