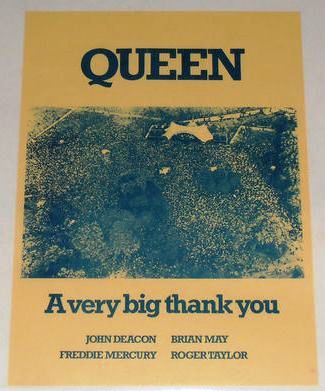 The above image shows the back insert and also gives it away as a non-ZAP release as this was very un-ZAP-like, nor would the label list the number of the LP as it does here. This is in fact the second pressing of a Japanese bootleg.  Which would also explain why this title goes for considerably more than the usual ZAP title at auction (the pictured copy sold for $180 in October 2012). 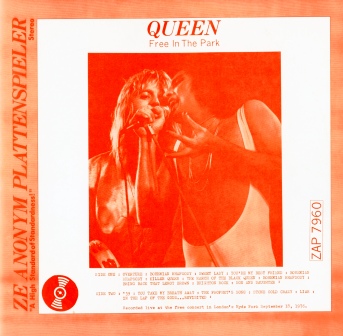 Not included: Ogre Battle, White Queen, Flick Of The Wrist, and Keep Yourself Alive

Quality described as “not too great / B ” due to some distortion and the distance from the stage it was recorded from but still an improvement over the video soundtrack due to better vocal balancing.

First pressing had a grey cover: 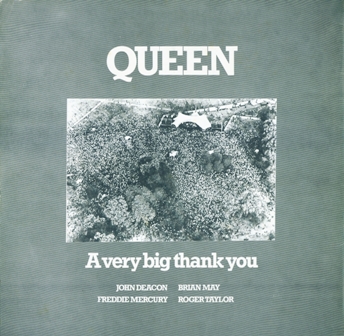