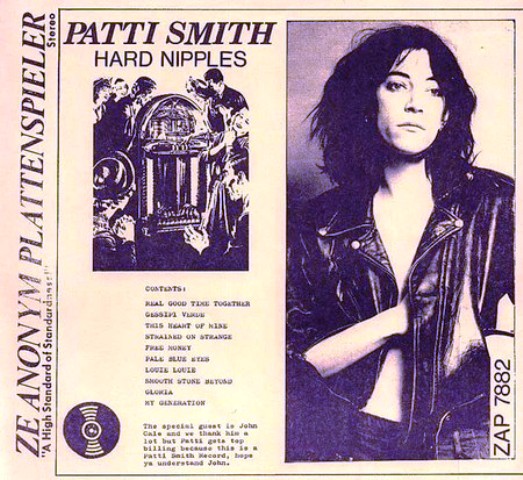 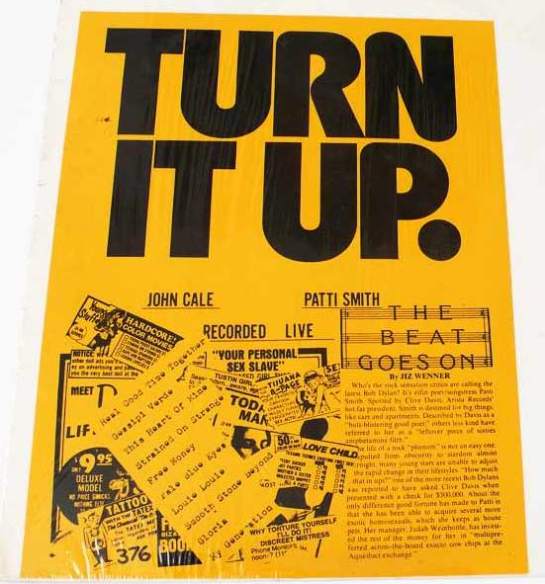 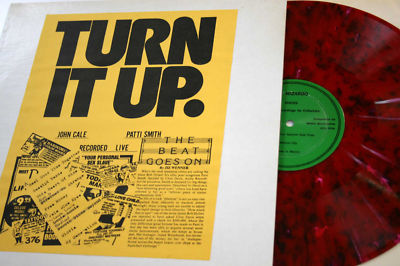 From a P. Smith bootleg site:

Sound quality is fair, performance is excellent. Some (if not all) were released on multicolored vinyl. Also released as Hard Nipples (ZAP 7882)

COMMENTS: Even though it’s not the greatest sound quality, it’s listenable and it is a great show, John Cale makes an appearance.

Unfortunately, neither label told us where & when this was recorded and 35+ years later, we still do not know and the following is the closest we will ever get to the original source:

“This bootleg presents a live Patti Smith performance from late 1975/early 1976 in which she appears with John Cale, who produced her just-released debut album, Horses. Cale gets a solo spot on “I Keep a Close Watch,” awhile Smith intersperses songs from Horses (and “Ain’t It Strange” from the upcoming Radio Ethiopia) with such concert covers as the Velvet Underground’s “We’re Gonna Have a Real Good Time Together” and “Pale Blue Eyes” and the Who’s “My Generation,” as well as spicing up the proceedings with her usual commentary on everyone from Jimi Hendrix to Giuseppe Verdi. Especially interesting is a version of “Birdland” that makes the song’s references to Wilhelm Reich explicit. Unfortunately, the sound quality on what must be an audience tape is low. (Also released under the title Turn It Up.) ~ William Ruhlmann, All Music Guide”